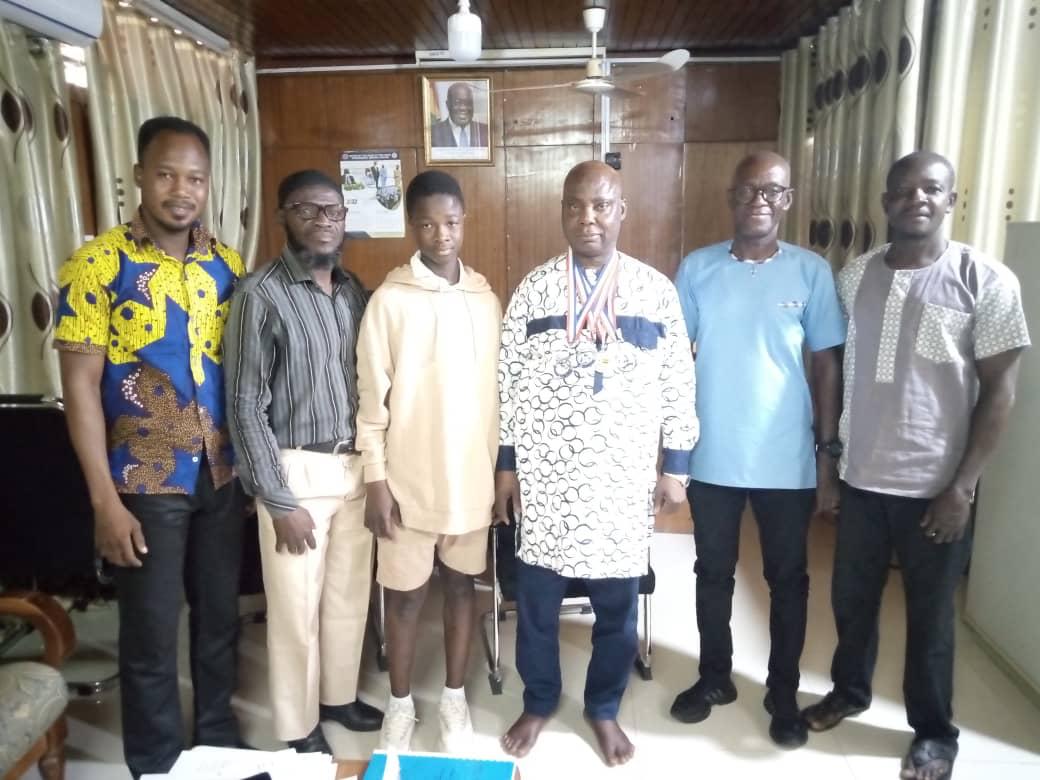 Members of the Association visited the Minister on 20th September, 2022.

The team was led by the Upper East Regional Director of the Sports Authority, Iddrisu Ahmed Bediako.

The Upper East Taekwando Association won three (3) medals at the just ended 2022 Korean Ambassador’s Cup in Accra in August and saw the need to present the medals to the Minister, who is the representative of the President in the region.

Members of the Association who visited the Minister included, Mark Billa, the Association’s Chairman, Master Michael Ayine, the Head Coach, Apalazoya Jesse, an Administrator who doubles as a coach Aduko Gideon.

Alhaji Inusah welcomed the team and expressed his delight in the performance and achievements. He said martial art is very good since it is packed with a series of physical activities which is geared toward exercising the body.

He added that his doors are always open and that whenever the Association intends to participate in any tournament as such, should not hesitate to call on his office.