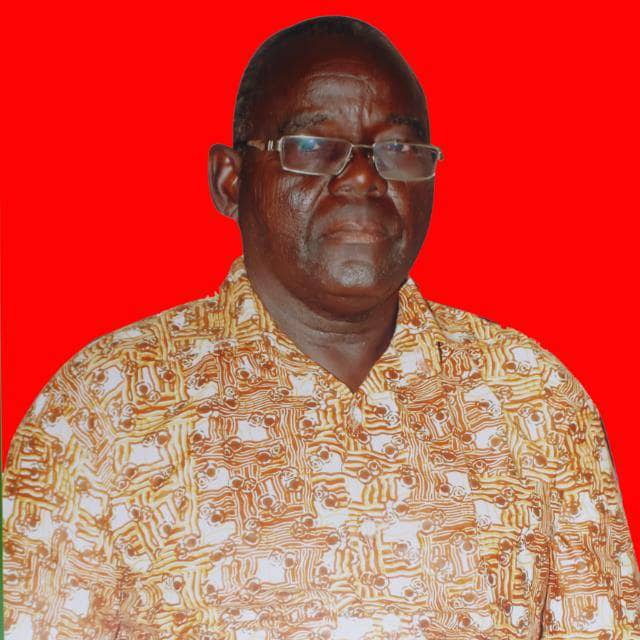 Delegates of the opposition National Democratic Congress in the Bolgatanga Central constituency have been admonished to elect a resourceful person as the party’s chairman in the constituency.

The incumbent Chairman for the Bolgatanga Central constituency, George Ayanore gave this advice when he spoke exclusively with A1 Radio’s Joshua Asaah.

The retired Engineer of the Ghana Water Company (GWCL) was elected Bolgatanga Central constituency Chairman in 2018 after beating 4 other contestants. After serving the party for 4 years, Mr. Ayanore is bowing out as leader of the party in the constituency to pave way for other exuberant party members to continue from where he left off.

For the NDC to retain the Bolgatanga constituency seat and to take over power after the 2024 general election, Mr. Ayanore said it will be proper for the delegates to vote for an individual who is competent and hard-working as chairman.

Still speaking on the traits of the next chairman, Mr. Ayanore expects the delegates to massively vote for a mature person and who can work with all manner of persons to surpass the gains he chalked in the constituency.

“When I was the Chairman, at least we won massively in the Bolgatanga Central constituency, our parliamentary candidate [then] got over 36, 000 [votes] which never happened before. Our presidential candidate [then], got over 40, 000 [votes]. The achievement was quite impressive, so, I want the next person to be able to go higher and, I don’t want someone to lower the standards. And so, I will be looking for a chairman who can work and make the people understand, and support the party with resources.”

“Somebody who is well-exposed, unlike someone who is only known in the constituency.”

Two candidates, David Atugiya Ayinne and Ayamga Aka-eeri Martin are vying for the chairmanship position of the NDC in the Bolgatanga Central constituency. 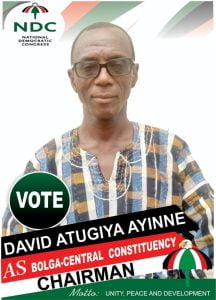 Among these two individuals, Mr. Ayanore believes one of them has leadership traits that can enable the party to improve upon its performance in the next election. 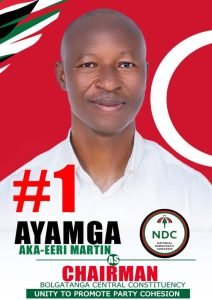 Bolgatanga Central being the Upper East Regional capital, Mr. Ayanore added that the constituency chairman “should be someone who is grown enough to approach the president, the National Chairman, the General Secretary or any big person”, when they visit the region.

“If you are not mature, maybe 50 or over, it will be difficult, you can imagine if the president comes to Bolga here, his security men will not even allow you [to go near him], they will push you away. You we need somebody who is well known so that they [security men] will allow the Chairman to talk to the president privately.”