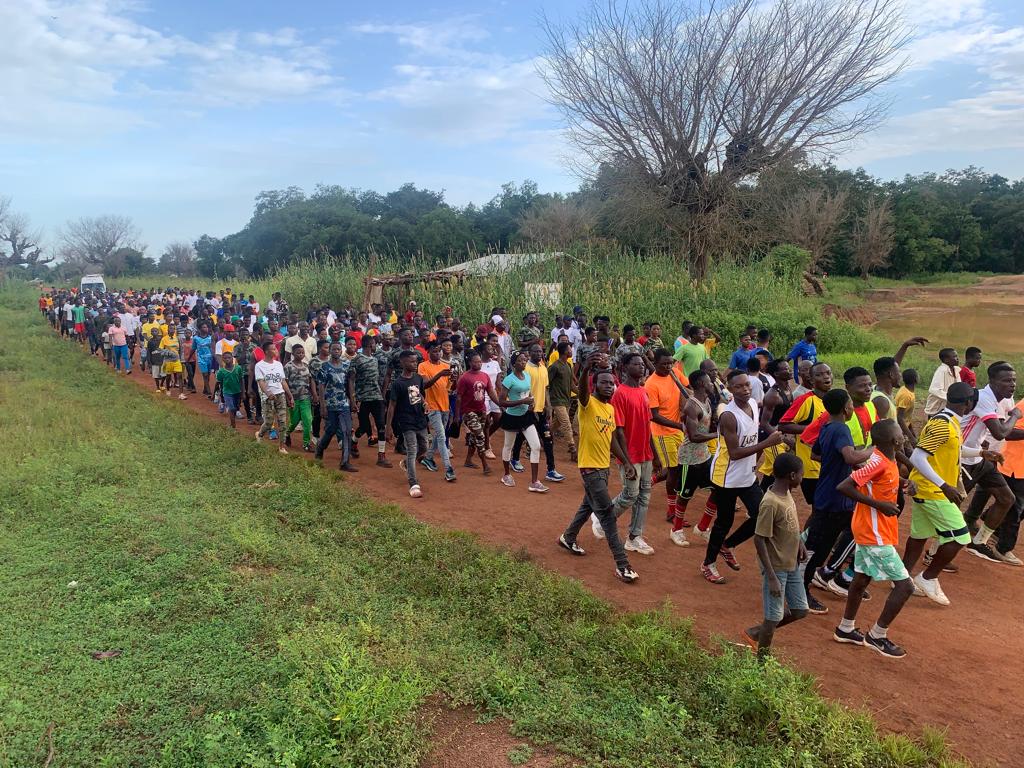 The 4th edition of Sirigu Health Walk, over the weekend, brought together the people of Doba and Kandiga. The participants walked from Sirigu in the Kassena-Nankana West District to Zorkor in the Bongo District of the Upper East Region.

The purpose of the walk formed part of activities to fraternize and socialize, promote a healthy lifestyle and foster peace among the people of Doba and Kandiga. The Doba and Kandiga communities for overs have not known peace due to protracted land disputes.

The two communities took arms against each other over the ownership of a piece of land on which a Community Health-Based Planning Services (CHPS) compound and police post were to be constructed. The conflict which started in 2020 has claimed many lives and properties destroyed.

The Paramount Chief of Sirigu, Naba Atogumdeya Roland Akwara III who participated fully in the activities called on the people of Doba and Kandiga to give peace a chance.

“We will continue to talk to you to allow peace to return to the communities. Peace is the ultimate thing; before you have peace, you must sacrifice, be ready to compromise, and be patient.”

Naba Atogumdeya III thanked the people of Doba and Kandiga who participated in the 3-hour walk and said their decision to join the exercise is an indication that they are poised for peace to return. 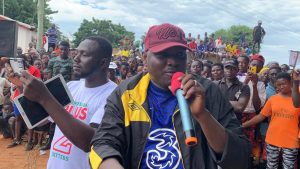 The Paramount Chief of Sirigu has instituted dialogue meetings with the support of other prominent chiefs in the Upper East Region to bring lasting peace between the people of Doba and Kandiga. 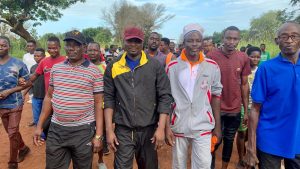 The health walk lifted the ban on noise-making in Sirigu which included drumming, the use of loudspeakers, musical instruments, and clapping among others. The ban is a traditional norm observed annually to pray for continuous blessings from the gods and give thanks for a bountiful harvest. Naba Atogumdeya III used the occasion to call on the government to consider reshaping the deplorable roads that link the community to other neighboring towns.

The health walk which started in 2019 is the brainchild of Thomas Lerewanu, a member of the Sustainable Medical Missions (SMM), an international Christian organization with a focus on medical support and empowerment.

Mr. Lerewanu said the exercise will go a long way to improve the lives of the people “because the Bible says that we should all be in good health and stop defecation in line with Exodus19: 10-11”.

Among the participants who took part in the health walk include Johnson Ayine, Representative of the chief of Sirigu, Naba Patrick Ayinbila Asaliya, chief of Yarigabiisi, and Naba Alhaji Abdulai Karifo, Zeckonaba.

Charger Limited, producers of Happy Man Bitters, HappyMan Plus 2 Bitters, and Plus 1 Drinks.