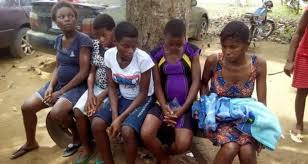 According to data from the Ghana Statistical Service (GSS), almost 80,000 girls in Ghana aged between 12 and 17 years are already married or living with a man. It says nearly 26,000 of them are girls in Junior High School aged between 12 to 14 years.

Also, despite the free and compulsory universal basic education, almost a quarter of a million girls (244,731) aged 6 to 14 years have never attended school at all.

These 3 regions also have the highest percentage of girls currently not attending school (never attended or attended in the past) with Savannah leading all regions with 40.2% followed by the North East Region (29.3%) and the Northern Region (28.5%).

The data is based on the 2021 Population and Housing Census and coincided with the International Day of the Girl Child which was observed globally on October 11.

The day seeks to highlight challenges preventing young girls from reaching their full potential, such as early marriage, and lack of access to educational and other opportunities.