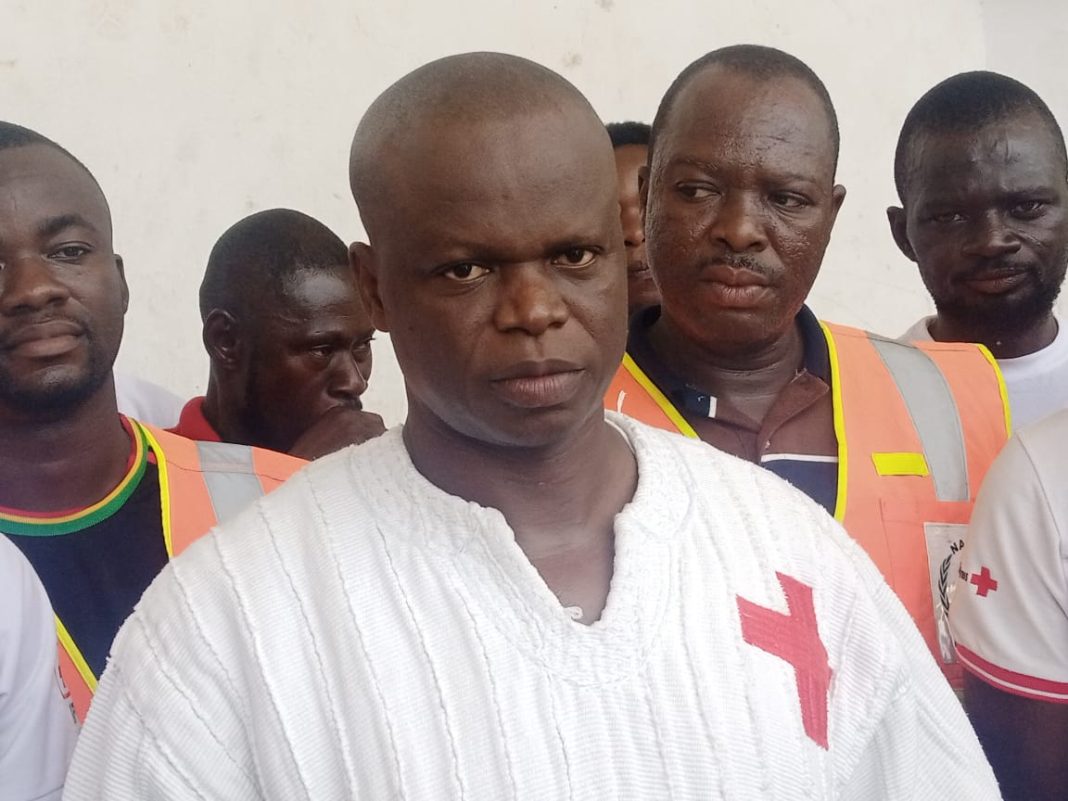 The Ghana Red Cross Society together with its partner, the National Disaster Management Organisation (NADMO), with funding support from the Swiss Red Cross has marked the International Day for Disaster Risk Reduction in Bolgatanga; the Upper East Regional capital with a call on residents to minimise the risk of disasters.

“We engage community disaster preparedness and response teams to do community sensitization of common hazards identified and assessment. They also assist in response operations with NADMO.”

“We have in total 70 community Disaster preparedness and response Teams in the operating districts totalling 1050. Each CDPRTS is composed of 15 members. They were part of the International Day of DRR celebrations with NADMO District Directors office staff and Zonal Directors,” he said.

The United Nations General Assembly has designated 13 October as the International Day for Disaster Risk Reduction (IDDRR) to promote a global culture of disaster risk reduction.

The 2022 edition takes place during the Midterm Review of the Sendai Framework, which will conclude at a High-level Meeting of the General Assembly in May 2023 with a political declaration.

The Sendai Framework has seven global targets and 38 indicators for measuring progress on reducing disaster risk and losses. These indicators align the implementation of the Sendai Framework with the Paris Agreement on climate change towards the achievement of the Sustainable Development Goals.