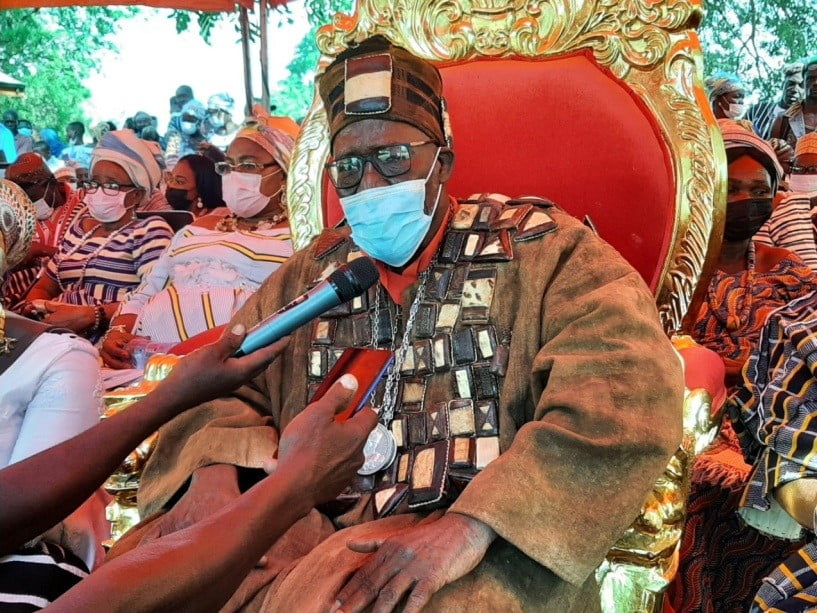 His Royal Majesty Nab Azagsuk Azantinlow II, Paramount Chief and Overlord of the Builsa Traditional Council, has placed an indefinite ban on all get-togethers and jams usually organised for Basic Education Certificate Examination (BECE) graduates in his traditional area.

The ban, as outlined in the press release, would help to reduce bad behaviour such as brawls, drug use, theft, and teen pregnancy, among other things.

“I wish to state unequivocally that there shall be no holding of get-together and jams within the Builsa Traditional Area this year 2022 or any after party.”

“This is to avoid the many several bad incidents that characterise these programmes some of which include teenage pregnancies, fierce fights and injuries, theft, and drug/substance abuse, among others.”

The Paramount Chief through the presser, requested the Directors of Ghana Education to ensure that all Headteachers complied with the directive. He also called on drinking spot operators to strictly comply with the new directive from the traditional council. 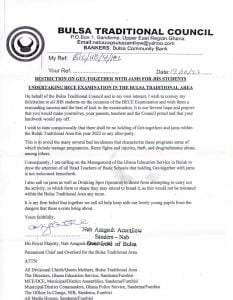