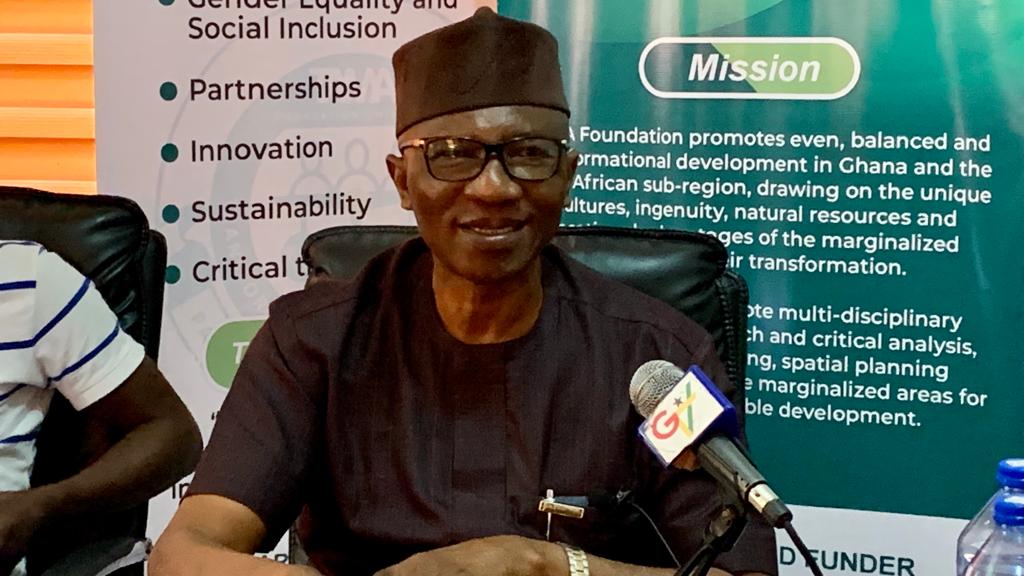 The much-talked about Pwalugu Multipurpose Dam, according to the Northern Development Forum (NDF) is not going to serve the purpose of controlling floods, but it will rather cause extensive floods in the Upper East Region.

“The PMDP [Pwalugu Multipurpose Dam Project] will flood many communities in the Upper East and there has to be clear commitments backed by designs and documentary agreements showing how communities that will be flooded or affected in other ways will be compensated. These admonitions, if not adhered to, will be a recipe for protracted conflicts in this part of the country attributable to this project.”

The Pwalugu Multipurpose Dam has always been touted as the single largest investment project that will be a game changer for Northern Ghana. The NDF through its Chairman, Major Rtd. Don Chebe lauded the government’s quest to bridge the development gap between the north and south but expressed the fear that the project will rather deepen the woes of people’s lives if it is not properly implemented.

“If we are not careful, this project that we are all hailing will come back and bite all of us. Because a dam is going to take land, it is going to destroy farms, homes, sacred groups, people’s ancestral cemeteries, and therefore, communities are going to lose their attachment to the land.”

The authorities of NDF that were appalled said, “the level of commitment and enthusiasm that accompanied the sod cutting of the project has waned.”

President Akufo-Addo on 29th November 2019 in a mammoth ceremony, cut sod for the construction of the multipurpose dam at Pwalugu in the Talensi District of the Upper East Region.

The Pwalugu Multipurpose Dam will serve as a permanent solution to the perennial flooding experienced in the Upper East Region, North East Region, and other parts of the north due to torrential rains and the annual spillage of the Bagre Dam in Burkina Faso.

It will also be used to generate electricity and enable farmers to embark on all-year-round farming. The US$993 million cost of the project that was awarded to SYNO-HYDRO Company Limited, a Chinese company was expected to be completed in four years.

Three years after its well-attended sod-cutting ceremony, the project has come to a halt and the contractor parked out of the site.

“Three years down the line, if you go there, nothing is going on. We are also concerned with the limited community engagement of the key stakeholders of the project to build consensus on the benefits and losses associated with this giant project”, Major Albert Don Chebe stated.

The Northern Development Forum has therefore set aside 29th November 2022 which will be the 3rd anniversary of the day the sod was cut to hold a press conference in Tamale to interrogate for answers from government on the progress of the dam.

The Chairman of the Northern Development Forum made these observations when the Foundation for the Transformation of Marginal Areas Universal (TAMA Foundation Universal), a registered CSO with Head Office in Tamale organised a day forum for selected journalists in the five regions of the north.

The forum was on the role of the media in achieving transparent and accountable natural resources management in Northern Ghana, with funding support from Ford Foundation, and in partnership with the Faculty of Natural Resources and Environment, and University for Development Studies, Tamale.