Educate yourselves in preparation for party, gov’t positions – Anthony Namoo to party folk 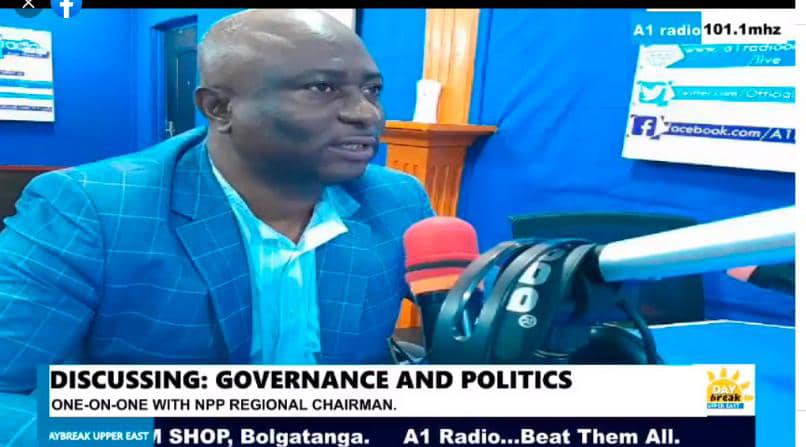 Chairman for the New Patriotic Party (NPP) in the Upper East Region, Lawyer Anthony Namoo has urged party faithful who aspire to hold lofty positions within the party and in government to educate themselves.

This, he said, would place them in strategic positions to be picked. Lawyer Namoo, speaking to Mark Smith on A1 Radio’s Day Break Upper East Show about the decision of the President not to re-appoint him to the board of the Ghana Immigration Service.

“I do not see not being renominated into the council of the Ghana Immigration Service as any issue. As a matter of fact, it took most of our time. I was the youngest in the council. Imagine also being a practising lawyer, you had a lot to do. It is an opportunity that comes. For me, what I am happy about is that if I take stock of what I did, for Ghana and for my region, I am satisfied.”

“I was informed that I was nominated and I was there and so if I was not renominated, it gives me the space to do other engagements,” he said.

Speaking about whether grassroot members feel a sense of abandonment, Lawyer Namoo said, “it is a legitimate expectation. If you go to the farm and you weed for 6 months, you expect to harvest and so if you are not harvesting, there are concerns.”

“When we formed the government in 2001 others never got the opportunity, others have got the opportunities now. Others got and they still have got and that is why there are concerns that why is that for some people, they’ve been there for so long and they are still there. Maybe it is because of their expertise.”

It is for this reason, Lawyer Namoo reminded party folk to educate themselves and wait strategically for opportunities.

“When you win power, you will now want to govern. You would want people who would steer the affairs of the nation and people who have the skills to work. Those with the skills would normally find space.”

“Take the opportunity to learn,”he insisted.