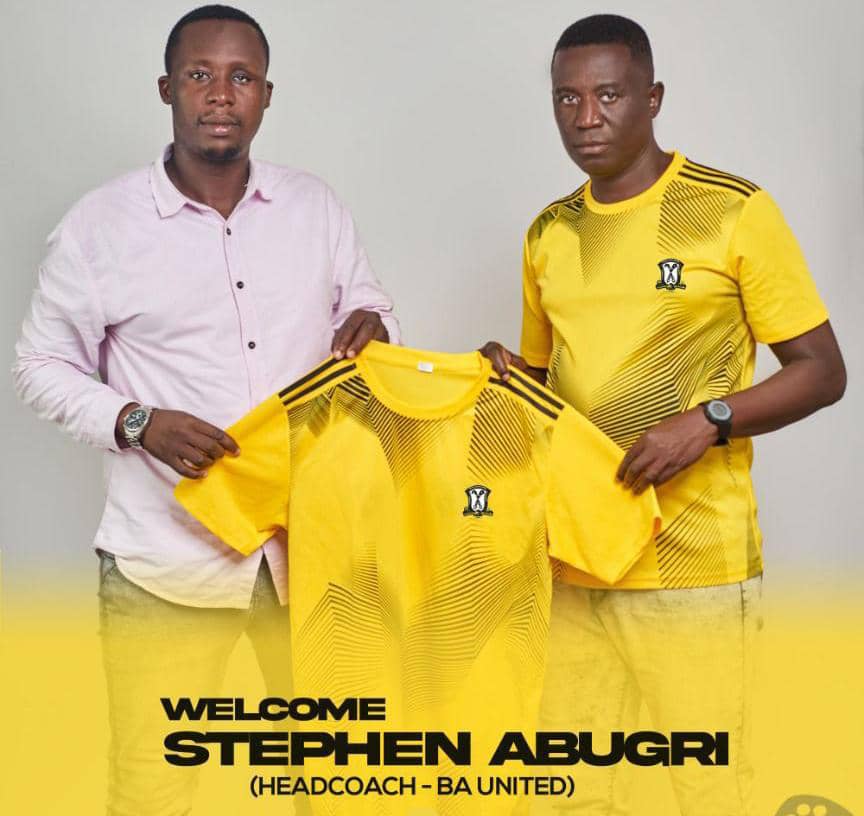 Brong Ahafo United have confirmed the appointment of Stephen Abugri as head coach. He would replace Ransford Kudjoe.

The Division One League – Zone One outfit confirmed the departure of Ransford Cudjoe in the early hours on Thursday before confirming the appointment of experienced Mr. Abugri on their social media handles.

“We are delighted to announce the appointment of Stephen Abugri as our new Head Coach for one year.”

Coach Abugri said he was approached by the team because of his outstanding track record.

“I was approached by many division one teams but I decided to join them because I was born in that Region; precisely Kenyasi number two,” he said.

Coach Abugri stated his commitment to assist the team technically and tactically and lead it to the premiership.

In 2012 Coach Abugri set an unbreakable record by qualifying King Faisal into the premiership after winning all ten(10) straight matches both in the league and the middle league. Just last year Coach Abugri saved Basake Holy Stars from relegation in division one football by winning eight(8) matches, drawing three(3) and losing four(4) in the second round.

Due to coach Abugri’s hard work and determination he attained a scholarship to go to Cuba. Aside coaching, Abugri has other two different professions. He is a veterinarian and a teacher.

Brong Anafo United are currently in 5th place with 6points after four(4) matches. They are unbeaten so far. Stephen Abugri first assignment with the team will be against Berekum Arsenal away from home.