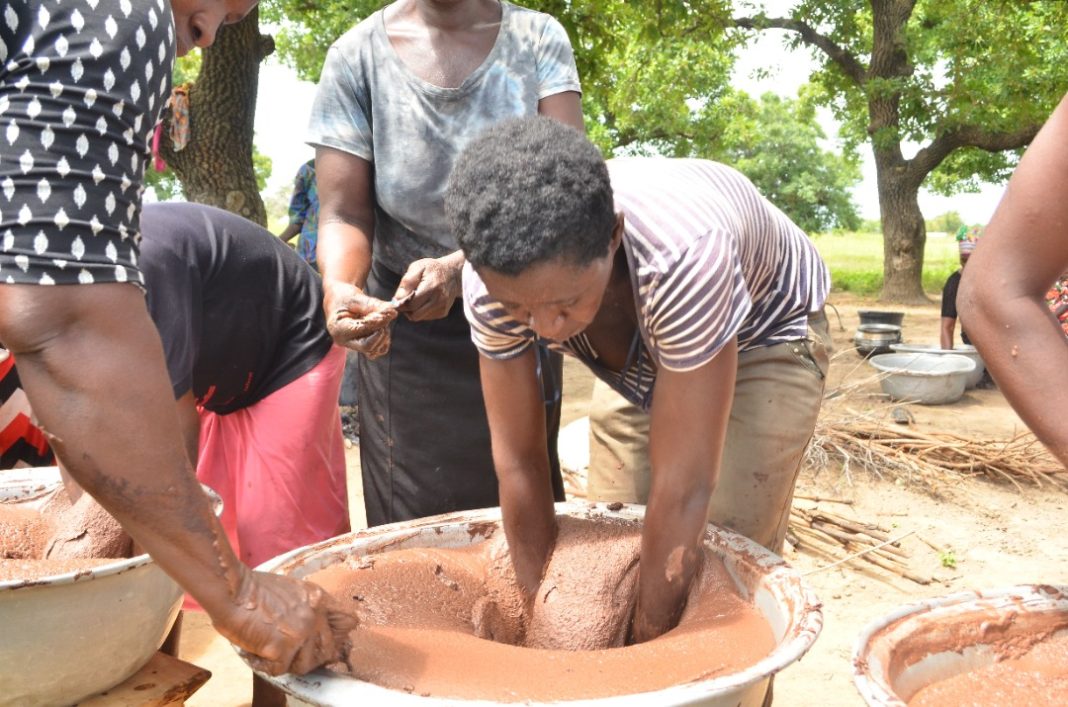 One major non-traditional commodity that is known worldwide but emanates from the Upper East Region is the popular “Bolga Basket”. The commodity is produced using straw out of vetiver grass with a variety of dyes to beautify it.

Notable baskets weaving communities include Zaare, Nyariga, Sherigu, Yikene, Sumbrungu, Zorbisi, and Sokabisi all in the Bolgatanga municipality. Regardless, baskets are produced out of the municipality from communities such as Zorkor, Sirigu, and some communities in the Bongo, Nabdam, and Talensi districts. 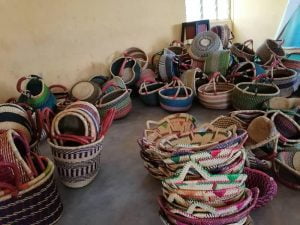 Produced mostly by women, the existence of baskets is serving as income support for many families who would have been walloping in extreme poverty due to the lack of jobs. Approximately, the price of a basket bought from the weavers is hovering around Ghc30 – Ghc70 considering its quality.

A chunk of the non-traditional commodity is shipped out the shores of Ghana to international markets in countries such as Australia, the US, the UK, and New Zealand. The industry has created a lot of jobs for many youths from the Upper East Region, particularly Bolgatanga.

Among them include David Aniah Awine, the founder of Skyway Trading Enterprises, a basket exporting company located in Bolgatanga. Mr. Aniah has been exporting baskets to other countries over the years. Unfortunately, the depreciating Ghanaian cedi against major foreign currencies like the United States dollar according to Mr. Aniah is affecting his businesses. 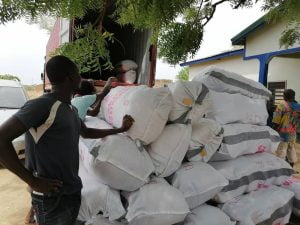 Again, the exorbitant taxes in the country that is impacting negatively on businesses at the moment has dire consequences on the trade.

“The cost of doing business in Ghana is becoming very expensive and this [exportation] are the things we do to bring in the foreign direct investment that any country can think of.”

In order to stay in business, the founder of Skyway Trading Enterprises has appealed to the government to offer tax exemption or waiver on their businesses.

“It is very difficult doing business in Ghana and I think if the government can support us, at least, waive some of the taxes off”, Mr. Aniah appealed.

Another basket dealer, Ayinbila Godwin who spoke to A1 Radio shared similar sentiments saying, “because of the fall of the cedi, we spend a lot of money anytime we are to export baskets. Aside from that, the increase in fuel price has also caused an increase in the transportation fares which is affecting our business”

Aside from baskets which seem to be the major exportable commodity from the region, the Upper East Region produces and exports other non-traditional commodities such as leather works, smocks, and shea butter.

A calabash of frozen shea butter that was selling for Ghc30 now sells at Ghc50 and the worst case, Ghc80 due to the increase in prices of raw materials. 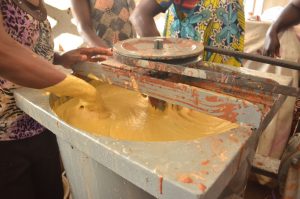 “The high cost of prices has not left the shea butter out. Shea butter is equally very expensive right now. The 25kg container of shea butter that was selling for around Ghc350 is now Ghc550”, Gifty Atiah stated.

Mrs. Atiah is the Secretary of the Bongo-Soe Women Shea Pickers and Processors Association in the Bongo District of the Upper East Region.

She says the current economic challenges in the country have a toil on the shea butter value chain that engages many vulnerable women in the region.

“There are some women who have machines for producing of shea butter but the cost of electricity and raw materials has become a challenge. These factors have made production costs high and when we equally increase prices, it affects our businesses because not everyone can afford it. Sometimes, you will produce and it will be sitting down because buyers are not coming”

Mrs. Atiah who called for government support said “the price of a grinding mill for processing shea butter which was selling at Ghc 2000 is now Ghc10,000”.