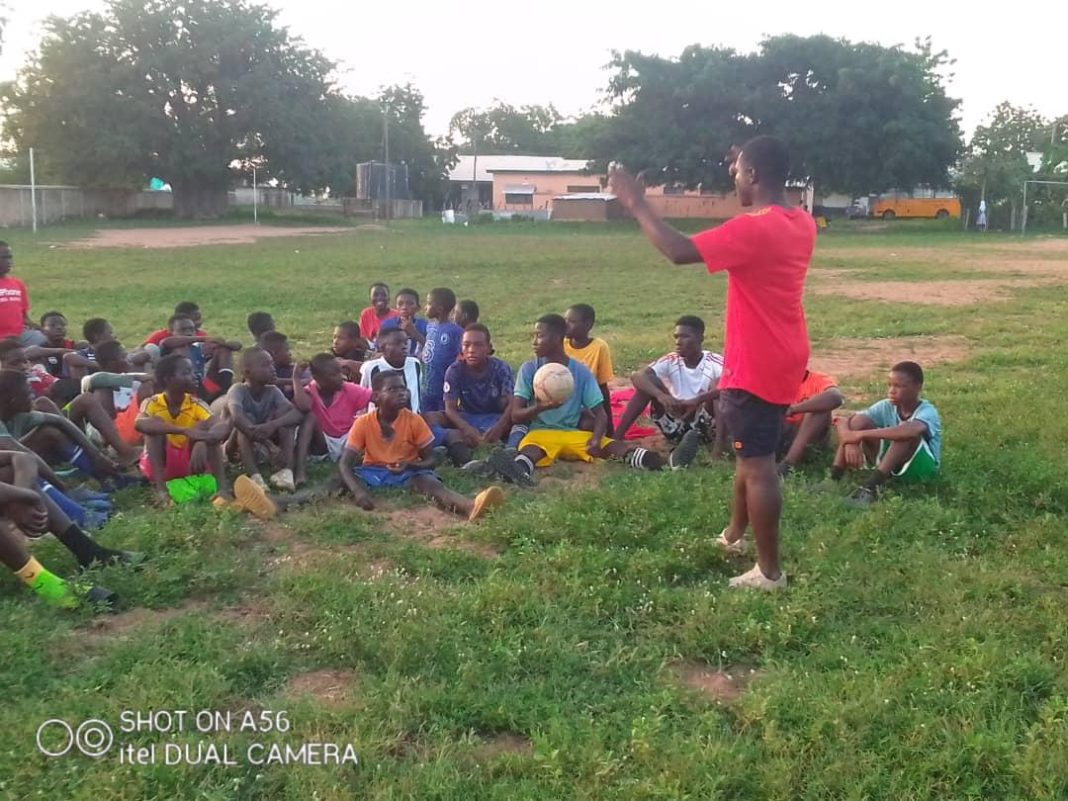 R&R Stars Football Club has been formed in the Bolgatanga East District of the Upper East Region.

The newly formed team is only for juvenile football with divisions like U11, U13, U15 and U17.

The said juvenile team was formed this year in October, 2022.

Interacting with the founders of the club Mr. Baba Roy and Anamoo Romeo, they said, have realised that there are only two Juvenile clubs in the District, hence the need to form a very strong club which can stand the test of time.

They added that their hope is that, in the near future, the young lads will grow and glow to make a mark in the District, the region and the nation at large.

Mr. Baba Roy said they intend to officially register the team and affiliate it to the Upper East Regional Football Association (UERFA).

He added that before the formation of the club, they sought support from people who were already in the system for expert advice, the likes of Nicholas Ayine Ayidah, the Administrative Secretary to the RFA, Salifu Shaibu Zida, the RFA Chairman, Cherry Azanlerigu Mboma, CEO of Mboma City, Coach Salifu Fatawu Assistant Coach of the National U20 and the current coach of Division side Hearts Of Lions and founder of Tanga SC and Coach Afa Yahaya, Head Coach of Boison FC.

Mr. Roy made it categorically clear that they have talented players and are ready to play any team in the Region, already three (3) of our players have been selected by scouts and taken to Accra.

Below are few records of the team after its formation:

The team trains at the Zuarungu Senior High School every week from Monday to Friday.