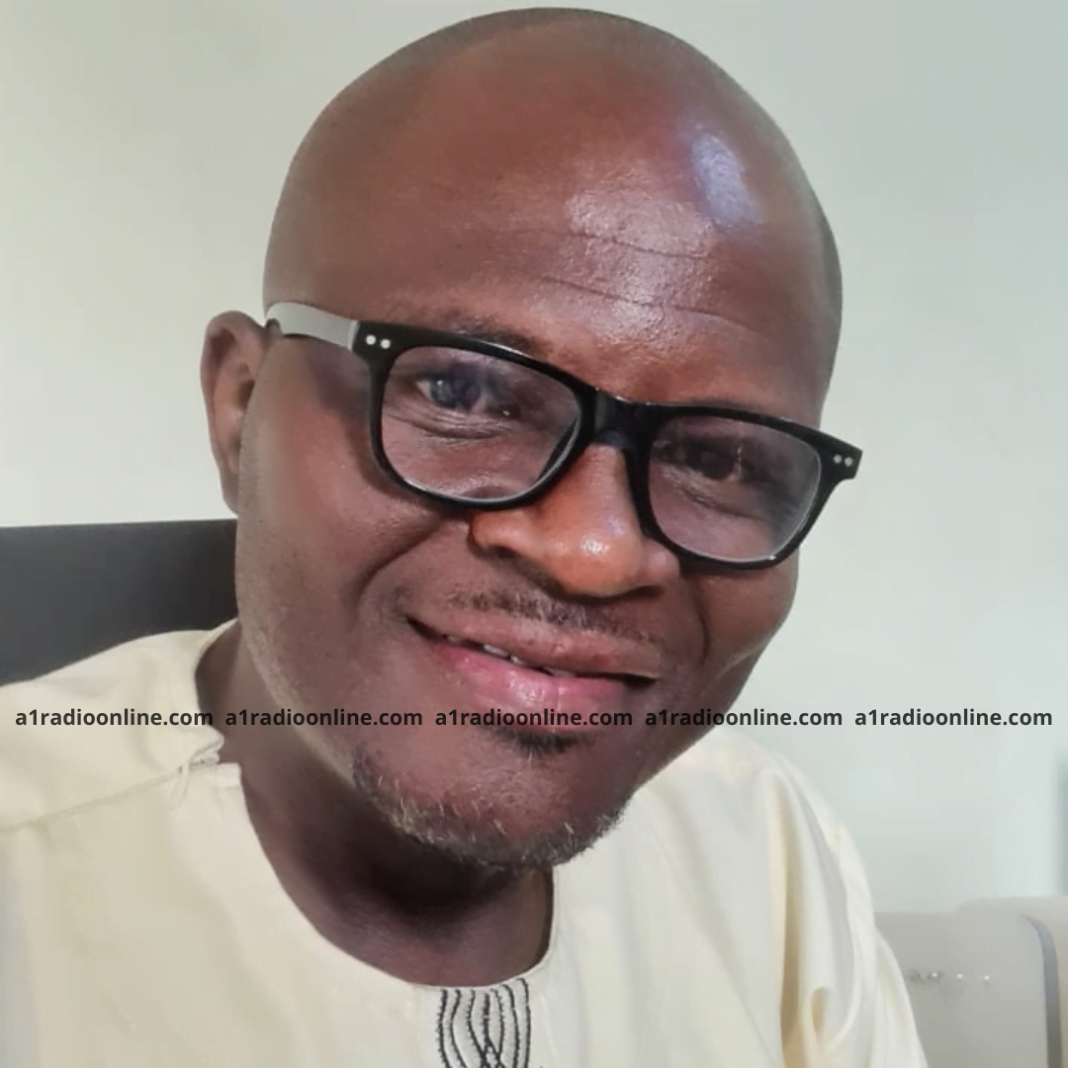 Four days to Ghana’s first match against Portugal in the 2022 FIFA World Cup in Qatar, the General Manager of A1 Radio, William Nlanjerbor Jalulah has released a cheer song for the Black Stars of Ghana.

The global tournament kicked-start on Sunday with the host nation Qatar losing 0-2 to Ecuador at the Al Bayt Stadium (Al Khor) stadium.

Many Ghanaians have heavily criticised the Black Stars Team and are doubtful any thing good would come out of their appearance at the global tournament.

However, Mr. Jalulah who is a staunch supporter of the Black Stars believes in the team, thus his reason for composing the song titled OSSEY BLACK STARS to cheer up the players and the technical team. This, he says is a symbol of his love and support for the national team. His backing vocalists are Head of Sports at A1 Radio, Humul-Khrusum Tahiru, Philemon Nakoja, a gospel musian, Rebecca Nyoja and his daughter, Jotii Nlanjerbor.

Mr. Jalulah who doubles as the Upper East Regional Chairman of the Ghana Journalists Association (GJA) is also a gospel musician. He released his maiden album Uwumbor Baaja (Only God) in December 2021. He subsequently recorded two single songs – Utun tii mi (He has done it for me) and Unyan mi Kidang ni (He has rescued me from injury).

In an interview with Cletus Aduko Akosah on Sports Café on A1 Radio during the release the song, the versatile senior journalist recounted how he played football during his basic and senior high school days, representing his schools and district (Saboba/Cheriponi – now Saboba District) in the mid 90s and early 20s. He and his colleagues in the media championed the formation of Upper East Media XI in 2007 and he played actively for team until 2019 when he sustained a severe knee injury during a friendly match against Asante Boys, which forced him to hange his boots.
He is a strong Manchester United fan.

“I have played active football for my school teams during my school days. I played Inter-schools and Inter-Districts tournaments, so I love sports specifically football so much. Growing up, I did not know about any of the foreign football clubs to support unlike today I and a ManU fan so anytime the Black Stars played, I supported them and that is where I developed the love for the team.”

He stressed that, “I will will continue to support the team irrespective of their performances during major tournaments like one (FIFA World Cup 2022).

When asked which tournament the national team impressed him most, he cited the 2006 FIFA World Cup in Germany. His reason, he said the likes of Sulley Muntari, Stephen Appiah, Michael Essien, John Mensah, Matthew Amoah, Richard Kingston, John Painstil and co as players who played fantastic football that caught his admiration for the team ahead of what the team did in 2010 FIFA World Cup in South Africa which happens to be the team’s best performance ever in the World Cup history.

According to him, aside composing the song to cheer up the team, the song is also aimed at encouraging all Ghanaians to support and encourage the team so they can deliver at the ongoing FIFA World in Qatar.

He said as for him there is no way he will support a different country his country of birth Ghana, is there.

Touching on what went into composing the song, Mr Jalulah said it took him about two months to come out with the cheer song because one of the backing vocalists in the song is not in Bolgatanga where he recorded the song and so he had to make arrangements to bring in to Bolgatanga. The song was recorded at Sound Code Recording Studio Bolgatanga. He also cited time and monetary resources but would not give much details except to say it was quite costly to come out with the song.

When asked why he did not mention the names of at least, some key players and the countries Ghana will be facing during Qatar 2022 World Cup, he explained that he wants the song to still have relevance beyond the ongoing tournament.