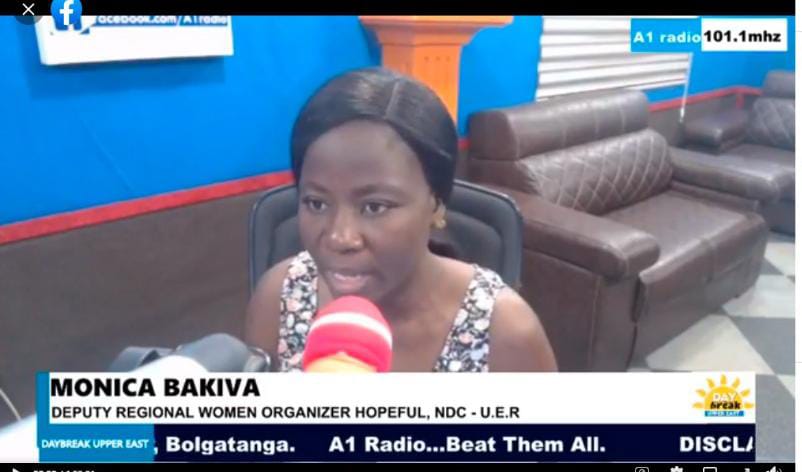 Monica Bakiva is urging the government to consider scrapping the E-levy and relieve Ghanaians and their businesses of the monstrous tax system. When Madam Bakiva spoke on A1 Radio’s Day Break Upper East Show, she explained that many businesses, even those with registered merchant numbers are feeling the pinch of what many have described as a regressive tax.

As such, the government has a great opportunity, through the 2023 Budget Statement and Economic Policy to cancel the tax system, allow businesses to grow, offer a relief to Ghanaians and reintroduce confidence into the digital payment systems.

Unless the government heeds to the call, it’ll continue to struggle to raise revenues through the system.

“They should scrap it and go back to the toll booths that can equally give us good revenues,” she said.

Meanwhile, should the country’s E-levy, 1.5 percent of digital money transfers above GHC100 per day remain in place, mobile money enterprises across the nation will be deprived of advancement and development.

It is for this reason, the National Chairman of the Mobile Money Operators, Evans Abotsi suggests that the government would have to take a more pragmatic decision to review downwards the E-levy policy.

“The sector is going to lose the needed growth that we are expecting. Businesses are further going to close down. Unemployment is really going to increase. Then again, the government is not going to be able to realise the revenue that it targeted. Then again, a lot of people would resort to the use of cash for the payment of goods and services.

Mr. Abotsi said this when he spoke on A1 Radio’s Day Break Upper East Show.

On the same platform, Dr. Samuel Worlanyo Mensah, an Economist suggests that the government would have to take advantage of the opportunity that 2023 Budget Statement and Financial Policy presents to create a win-win situation for the mobile money operators, users of digital payment platforms and the government itself.

He said, a review of the E-levy to between 0.5 and 1 percent is essential for the development of digital payment systems, thus hugely removing the traditional cash payment systems. The same review would also show that government would be able to rake in more money to support local development.