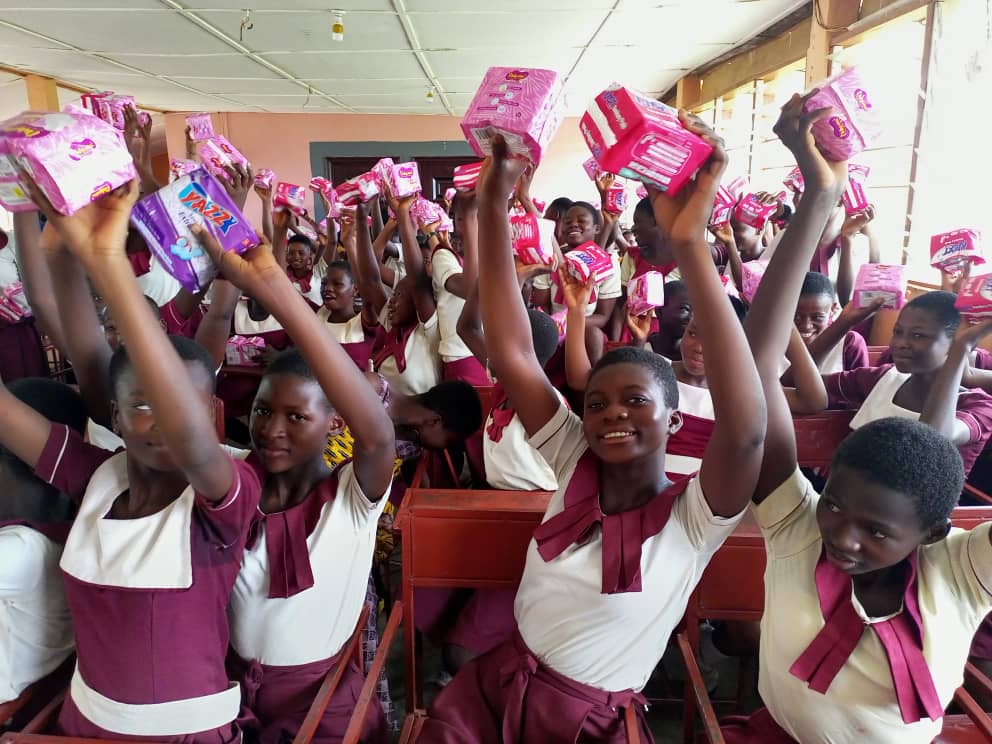 The Minister of Finance, Ken Ofori-Atta, is expected to present the 2023 Budget Statement and Economic Policy of the Government to Parliament tomorrow.

But before tomorrow’s budget presentation, Paul Nsobuno spoke on A1 Radio’s Day Break Upper East Show,  urging the government to lower the import duty on sanitary pads from 20% to 10% or less. Mr. Nsobuno is the President of the Upper East Region-based nongovernmental organization Safe Menstruation Movement (SAMMO), which is passionate about girls’ menstrual hygiene.

According to Mr. Nsobuno, the called from SAMMO, has demanded the complete abolishment of the levied on sanitary product in Ghana, but considering the current economy hardship, the government should at least reduce it to a lesser price for the benefit of the struggling young girls of school going age.

“We know the current [economy] situation and we can’t be expecting more based on the current happening with regards to the economy of Ghana. We are only expecting that, don’t eat the ‘chicken with the egg’ because we heard of the low preference with regards to government tax revenues. So if we are expecting that, the government should scrap the whole 20 percent on import duty tax and 12 percent VAT, I am sure we will not move anywhere.” 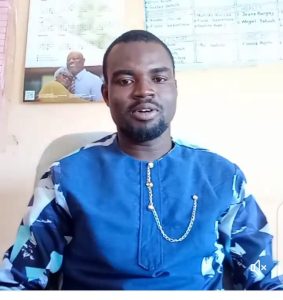 “Because we will get to a situation where the product would not even be available. Looking at this situation, we are also Ghanaians and we know how it is. We know that the government is struggling to raise revenue. So for us at SAMMO, we are expecting that even if the government reduces the tax on import duty tax on sanitary pad from 20 percent to 10 percent, it will be welcoming and good news for us,” he said.

Meanwhile, the Safe Menstruation Movement (SAMMO) is expected to hold its 2nd annual conference on Saturday 26 November 2022 Bolgatanga, under the theme ‘Volunteering is Empathy In Action’. 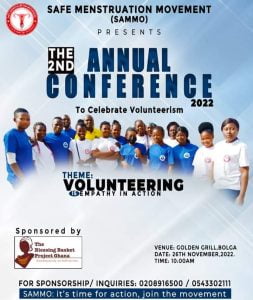 As part of activities to climax on the day, executives of SAMMO would be highlighting some of the success stories and challenges of the organisation since its inception. It would also celebrate its biggest partner and sponsor; ‘The Blessing Basket Project Ghana’. SAMMO will also elect their new executives and also review their constitution.