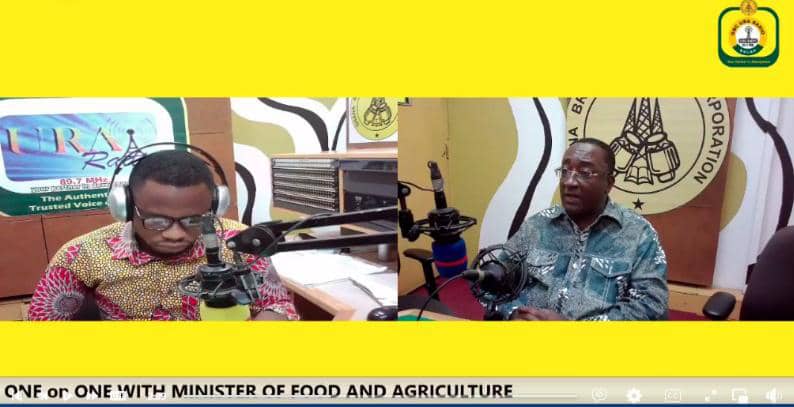 Dr. Owusu Afriyie Akoto, the Minister of Food and Agriculture, is proud of the achievements made possible under his leadership. Dr. Akoto explained that the Ministry has had tremendous success in implementing the government’s programs and policies during his almost six years as its leader.

During a working visit to the Upper East Region, the Minister stated on URA Radio that the fortunes of millions of farmers in the five northern regions have significantly improved.

“In the nearly six years under my watch, agriculture has done very well in the Savannah regions; extremely well. Infact, I would say that we have transformed the lives of millions of farmers in the region by encouraging the introduction of improved inputs; seeds and fertiliser.”

“Now, fertiliser is standard for every farmer. Before we came in, very few farmers applied fertiliser. We encouraged the application of fertilisers and improved seeds as a way of improving the productivity of farmers to raise their incomes so that they can live better than they have done in the past. If you look at the statistics, there is no doubt that the people of this region, the farmers of this region have benefited enormously,” he said.

Dr. Akoto continued to say that in the past few years, the 5 regions of the north have been the biggest beneficiaries of the government’s interventions.

“In the past 5 years, government has spent something like Ghc2.5bn on input subsidies for seeds and fertilisers alone. Out of that amount, 58 percent of that money has come to the 5 savannah regions. They have been the biggest beneficiaries and they haven’t disappointed,” he said.

This, according to the Minister, has translated into increase in yields.