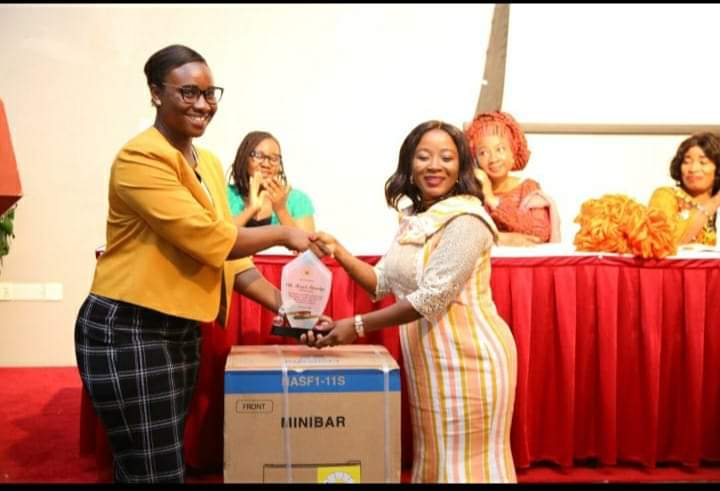 Abigail Adumolga, a gender specialist with the Upper East Region-based Youth Harvest Foundation Ghana, has received recognition for her outstanding contributions to the prevention of domestic abuse and the promotion of adolescent development among girls in the area.

The special honour came from the Ministry of Gender, Children, and Social Protection at its recent event to signal the end of the #16 Days Of Activism Against Gender Based Violence.

Abigail Adumolga received the “best personality award” in the fight against domestic violence in the Upper East Region in Accra, the national capital.

The 16 Days of Activism against Gender-Based Violence is an annual international campaign that kicks off on 25 November, the International Day for the Elimination of Violence against Women, and runs until 10 December, Human Rights Day.

The campaign was started by activists at the inauguration of the Women’s Global Leadership Institute in 1991. It continues to be coordinated each year by the Center for Women’s Global Leadership. It is used as an organizing strategy by individuals and organizations around the world to call for the prevention and elimination of violence against women and girls.