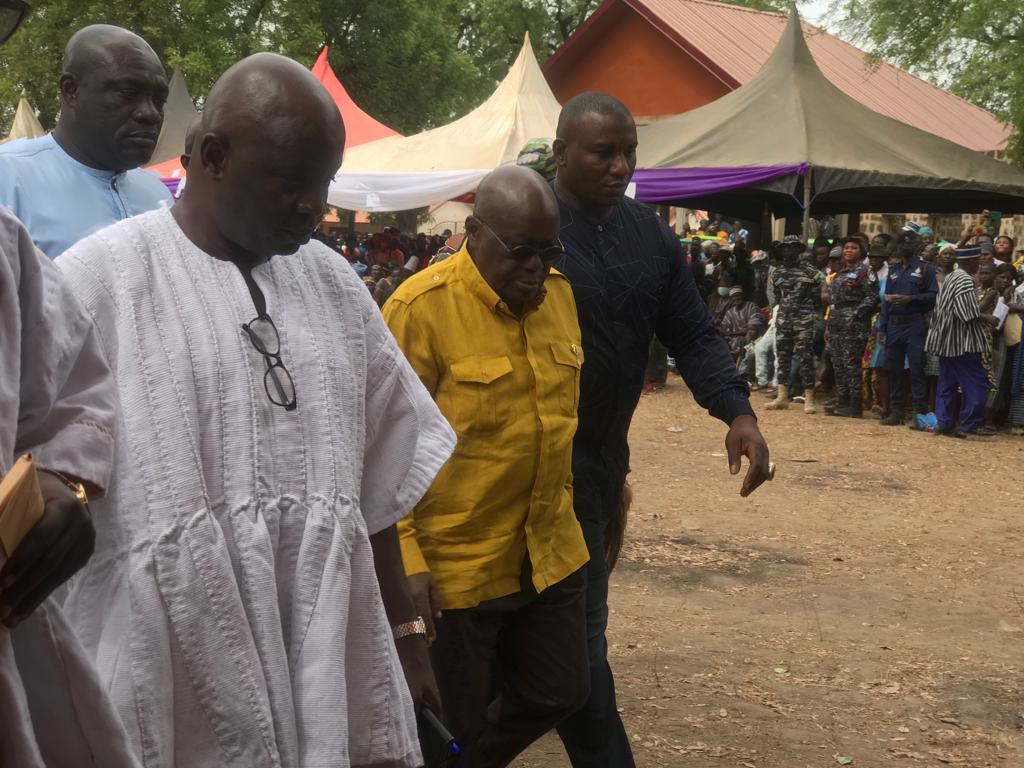 President Akufo-Addo is encouraging traditional leaders in the Upper East Region to see peace as a roadmap to development.

He said his government will only develop communities that cultivate peace and unity amongst their people.

The president made this known at an annual Feok festival celebrated by the Builsa Traditional Area.

The President praised the Paramount Chief of the Builsa Traditional area, Nab Azagsuk Azantinlo II for the long existence of peace in the area and encouraged him to do more for growth.

He said peace is key to development hence his government expects other communities, districts, and regions to emulate the same.

The Feok festival is celebrated annually by the people of Builsa, to commemorate the victory of the indigenes over slave raiders. This victory was inspired and led by ‘Babatu’ in the 18th century. The festival is also to celebrate a good harvest.

The celebration was under the theme “Getting Buli Language into the Educational Curriculum and 10 Years of Peaceful Coexistence among the People of Buluk”.

Nab Azagsuk Azantinlo II  used the festival to call on policy implementers in the educational sector to find ways that can get the ‘Buli’ Language into the Educational Curriculum for growth.

He gave a firm assurance that peace will continue to exist in the area.