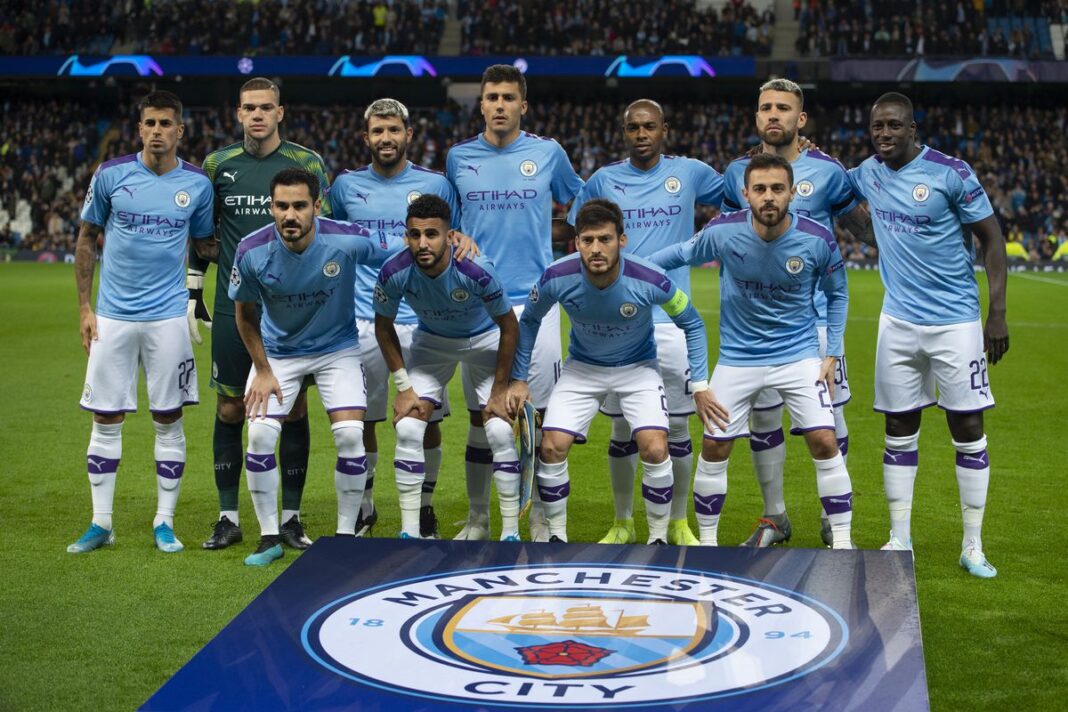 The fixture which was postponed due to Covid-19 reasons late December last year came off last night in the Merseyside local.

Manchester City continues their winning streak in all competitions by putting 3 goals at the back of Everton’s Jordan Pickford net, courtesy of Phil Foden’s first-half goal, followed by Riyad Mahrez and Bernardo Silva’s second-half strikes.

The “Guardiola boys” took the lead midway through the first half on the 32nd minute through English wonder-kid Phil Foden, only for Everton’s Brazilian forward Richarlison to level it up 6 minutes before the first-half whistle.

Manchester City however continues their blazing form by scoring twice in the second half to seal the victory through Algeria national team captain Riyad Mahrez and Portuguese international Bernardo Silva.

The win extended Manchester City’s winning run in all competitions to 17 wins and 10 points lead in the Premier League table ahead of Manchester United and Leicester City respectively.