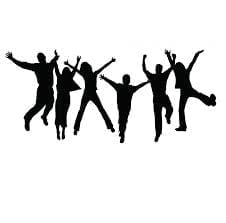 Ghana last Thursday, August 12, 2021, joined the rest of the world in commemorating International Youth Day. A day set aside to celebrate and reflect on the immense contributions of young people to global peace and development.

It was in December 1999 in its resolution 54/120 that the United Nations General Assembly agreed on the recommendation of the World Conference of Ministers Responsible for youth that August 12 be declared international youth day.

The day is now globally dedicated to the immense and diverse roles young people play in bringing positive changes to address issues of global needs in achieving sustainable development.

This year’s international youth day was under the theme “Transforming food systems: youth innovation for human and planetary health”.

It also offers the platform in raising awareness of the challenges confronting youth development and participation in global issues.

Today it is estimated that there are about 1.2 billion young people aged between 15- 24 accounting for 16 percent of the global population.

By 2030, thus the target date for the Sustainable Development Goals (SDGs) that makes up the 2030 Agenda – the number of young people is projected to grow significantly by seven percent to nearly 1.3 billion.

Now with the world population expected to increase by two billion in the next 30 years, how do we harness the numerous potentials of the Ghanaian youth to reflect in the entirety of the Nation’s goals and aspirations?

According to the National Youth Policy (2010), youth is considered as those between 15 – 35 years.

The Ghanaian young people if properly mentored and empowered with knowledge and opportunities could serve as a powerful force for development. “Young people are on the Frontline of the struggle to build a better future for all, the COVID-19 pandemic has highlighted the fire needed for the kind of transformational change they seek, and the young must be full partners in that effect,” United Nations General Secretary Antonio Guterres stated.

Successive Governments, stakeholders, and other Non-governmental organizations (NGOs) have played very crucial roles in addressing the challenges of the Ghanaian youth, however, so much is still undone, making them victims of political manipulations and pushing them to engage in social vices.

For example, a survey conducted in 2015 by the Labour Force, states that the youth constitutes about 35.9 percent of the country’s population, whilst the unemployment rate in 2020 was approximately 4.53 percent of the total workforce, which serves as a contributory factor for illegal migration and other social vices.

As Ghana commemorates the international youth day with the rest of the world, Ghana News Agency (GNA) engages with the National Youth Authority (NYA), an institution mandated to formulate and implement policies geared towards youth development.

Mr Sulemana Mumuni, Chief Executive Officer (CEO) NYA, Northern Region Secretariat, said the NYA was collaborating with other state agencies and other Non- government Organizations (NGOs) in the region to embark on series of activities and campaigns with youth groups on measures of empowering them for National development.

Mr Mumuni stressed “it is our strong belief that young people should be empowered for self fulfillment and National development, NYA acknowledges the absolute need for the nation to focus its eyes on the youth of today by recognising and celebrating examples of excellence at all levels.”

Hajia Alima Sagito Saeed, Executive Director SWIDA-GH, told the GNA that many young people, especially those in rural areas still lagged behind in opportunities and social amenities which had increased the prevalence of rural urban migration.

She lamented on the increasing cases of child trafficking, teenage pregnancies, and the menace of school dropout in the Gushegu Municipality and called on stakeholders to join forces in protecting young people in the country.

Miss Naomi Seidu, a student of Tamale Technical University raised concerns while speaking to the GNA on stakeholders’ commitment to safeguarding young people, and called on key stakeholders to prioritize the empowerment of young people whilst emphasizing on technical and vocational training to minimize youth unemployment in the country.