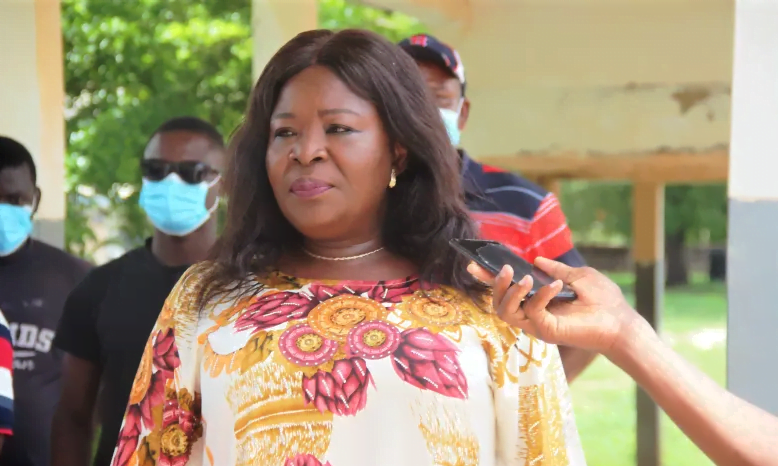 A former Upper East Regional Minister, Tangoba Abayage, has told a story of how a young man [name withheld] she met in 2016 and took as a son turned against her and “labelled her evil.”

Tangoba recounted how the man sent her a message on Facebook just before the 2020 Election and introduced himself as a pastor and someone who also hailed from her municipality (Kassena-Nankana).

Recounting the story on her Facebook page, Tangoba said she took him as a son and their relationship blossomed.

She added that their ‘mother-son’ relationship continued to grow from when she was ambassador to Italy to when she arrived in Upper East as the regional minister.

“I remember in 2016 just before the elections, a young man approached me in my inbox. He introduced himself as coming from my Municipality and a pastor/prophet; whichever. I took him in as a son (you know me dada).”

“Our relationship blossomed all the way through Italy to Upper East Region. He knows so well that as much as I could I was there with my small support. I gave him every clearance and leverage anyone in my position will. He showed ‘so much loyalty’: till I exited the office of the Regional Minister,” she revealed.

A surprised Tangoba, however, explained that her relationship with her ‘son’, who showed much loyalty to her, began to take a nosedive when she left office as minister.

She said the same young man she supported genuinely when she was in office, began to use unprinted words against her on Facebook.

Top on the insults, Tangoba added, was the accusation that she fueled the Doba – Kandiga conflict.

Tangoba, in her post, expressed how broken the actions of her ‘son’ made her.

She said it never crossed her mind she could be betrayed by the young man who was always in her office and home wearing smiles.

She denied ever contributing to the conflict in Doba- Kandiga.

“One day, another son of mine prompted me to his Facebook page. Apparently, he had muted me on his page and he and his cohorts had taken me to the cleaners calling me ‘evil’ and blaming me for the Kandiga/Doba conflict (yes he’s from Kandiga).

She added, “But you see, power had changed hands and suddenly he, the one who entered my office and home with all smiles had turned a vampire baring same teeth at me; only this time as a vampire and not a son/friend. Never Trust all of them.”