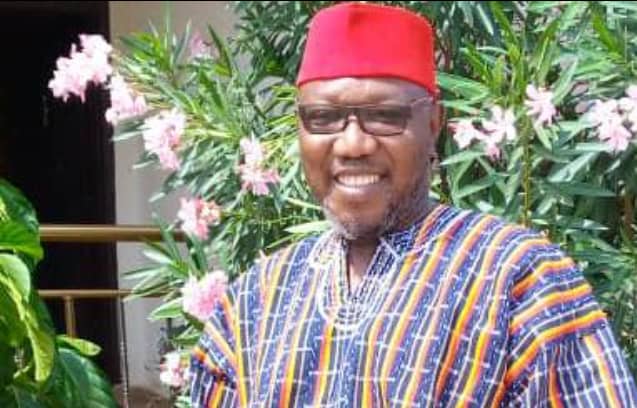 A few days after the announcement was made by the Finance Minister, Ken Ofori Atta about the government’s intention to wean-off public tertiary institutions from its payroll, the Deputy Ranking Member On the Education Committee of Parliament, Dr Clement Apaak expressed that strong distaste towards the decision.

He was of the view that if the government went ahead with the decision, deprived students would not have access to quality education at the tertiary level.

The MP on Daybreak Upper East show on A1 Radio also observed that some tertiary institutions will use the privilege to charge exorbitant fees to stay afloat.

But just before his assessment could settle, a group with the name Campaign Against the Privatization and Commercialization of Education (CAPCOE), has come out to condemn the proposed decision by the government.

The group which comprises GNAT, NAGRAT, CCT, NUGs, Africa Education Watch, Oxfam and four others have reasoned that if the policy is introduced, tertiary institutions would need to raise their own revenue to pay a substantial part of their staff budget and by show doing charging of fees will be unrealistic.

Below is the group’s full release

We, the undersigned members and partners of the Campaign Against the Privatization and Commercialization of Education (CAPCOE), believe a globally competitive human capital is a key driver of Ghana’s envisioned economic development. We, therefore, share a common interest in ensuring Ghanaian secondary school graduates have equal and equitable access to affordable tertiary education in accordance with Article 38 (4) of the 1992 Constitution of Ghana.

We recognize that, to sustain the gains of the free SHS programme of the Government of Ghana and improve the returns on human capital investments in the secondary sector, equitable access to affordable and relevant tertiary education is critical, and that, no Ghanaian should be denied an opportunity of tertiary education on grounds of economic barriers.

We are cognisant that Cabinet in 2018 set a target to increase Gross Tertiary Enrolment (GTER) from 18% to 40% by 2030, a laudable vision which is synonymous with our common interest as Civil Society Organizations. However, as of 2021, inspite of unprecedented pass rates in WASSCE in 2020 and 2021, Ghana’s GTER is still below 20%, a situation caused mainly by economic barriers to accessing tertiary education by the poor.

We note a 25th March 2022 address by the Minister of Finance on measures to address current economic challenges in the country where it emerged that government intends to wean-off public tertiary institutions from its payroll and provide them with a fixed amount “block grant”, implying, if this policy is introduced, tertiary institutions would need to raise their own revenue to pay a substantial part of their staff budget.

While we are aware that this proposed policy would contribute to fiscal discipline, lessons from countries that have implemented such or similar initiatives indicate the following potential outcomes:

A. Charging of ‘realistic’ higher fees.
B. Increase in the percentage of fee-paying students.
C. Increase in the cut-offs for regular students to facilitate (B) above.
D. Reduction in access to tertiary education by the poor.

The envisioned outcomes do not only depict policy incoherent but contradict the government’s own Plan to increase GTER from 18% to 40% by 2030, as equitable access through the removal of cost barriers are key strategies to achieve this audacious target.

We are also informed of the justification being made by some members of the UTAG and Vice Chancellors that, charging realistic fees is the way to go in improving quality, citing the examples of other European Countries that have successfully implemented similar cost-shifting initiatives. It is noteworthy that, the existence of adequate safety nets for poor students through a responsive student’s loan and a meritorious, transparent and accountable scholarships systems has been critical to maintaining equity regardless of the introduction of fees in these countries.

In the case of Ghana, the equity context for the introduction of fees is absent. Our students’ loan and scholarship systems by design are not responsive to the needs of poor students as both are disbursed towards the end of the academic year, instead of arriving before the academic year when poor prospective students require funding to honour their admissions. Our public scholarship schemes continue to operate in opacity without any accountability or certainty of access based on merit.

We commend the renewed effort of the Minister of Finance to purge the public payroll off ghost names, and further urge the Minister to take the following additional measures to reduce fiscal pressures on the education budget without necessarily transferring any part of the responsibility for tertiary salaries to tertiary institutions:

2. Urgently pass and implement the Exemptions Bill with the same priority given to the e-levy.

4. Invest in an export-driven economy by promoting value addition to raw materials such as gold, cocoa and crude oil to enhance our foreign exchange earnings potential and reduce inflationary pressures.

Finally, we urge the government to continue to fully absorb the full cost of staff salaries in public tertiary institutions in order to maintain tertiary fees at reasonable levels. It is the responsibility of the government to provide equal access to tertiary education.