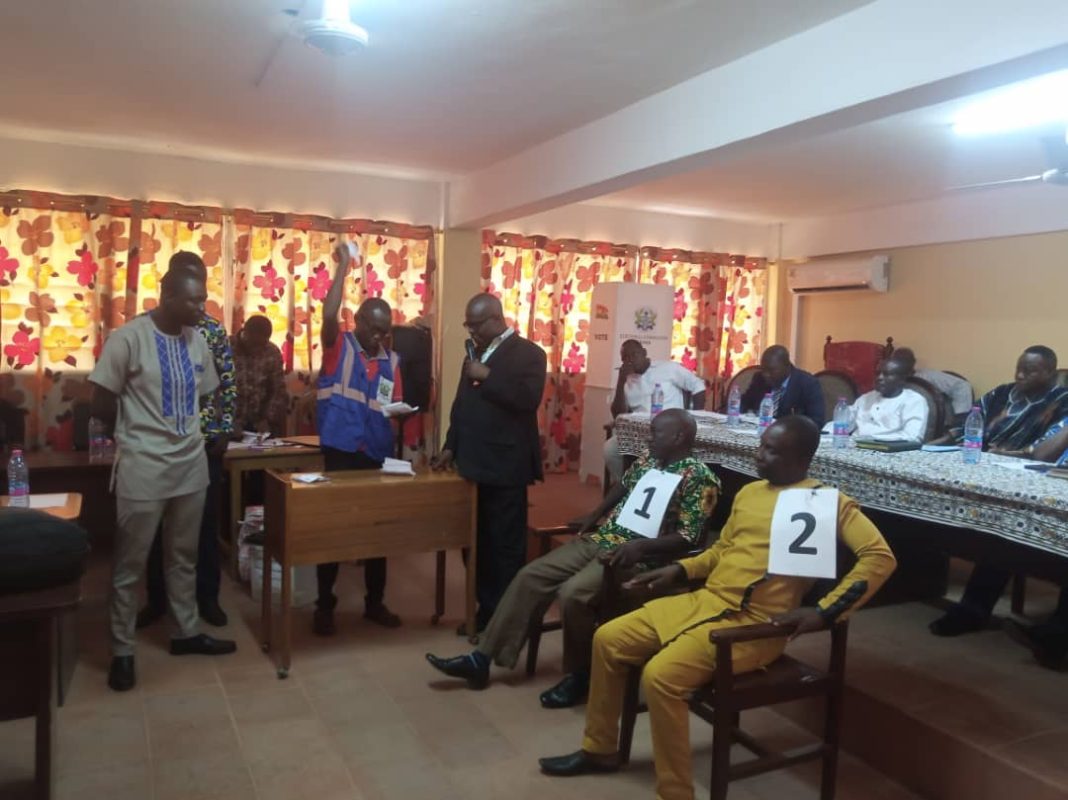 The Bolgatanga Municipal Assembly Presiding Member election has been unsuccessful as none of the contestants attained the required two-thirds (⅔) of valid votes from the total votes cast after two rounds of voting.

The assembly members were expected to reconvene for the second round.

After the second round of voting, Aduko Francis Ayine had 18 votes while Asaare Francis Akolbila had 20 votes. The total votes cast were 38. 2 persons did not vote.

If the Assembly Members again fail to elect a PM, it is expected that new nominations would have to be done.