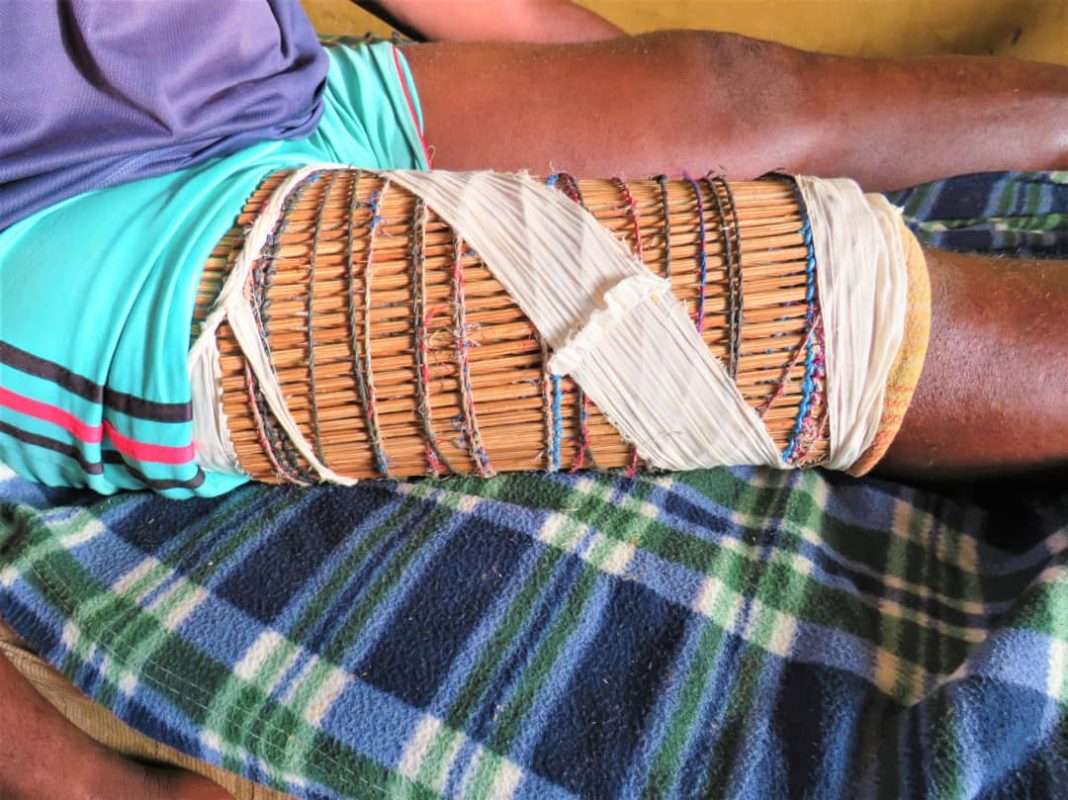 The traditional bone setting centre in Gwollu, the District Capital of the Sissala West District of the Upper West Region has gained popularity among orthopaedic patients who believe that traditional therapy has miraculous healing potency. 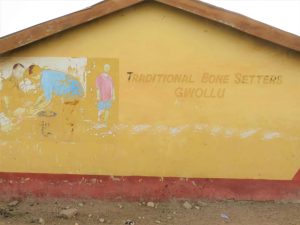 It is run by the Nagiriwie clan of Gwollu, Tituowala. It is believed to have been in existence for over 200 years. It has been said that Mr Tituo, the founder of Tituowala had 2 wives named Hakuli and Hawie. As rivals, the two wives did not see eye to eye.

Once upon a time, Hakuli left for the farm while Hawie needed a pestle to pound her millet for flour and so, resorted to using Hakuli’s pestle as she was not around.

Unfortunately, Hawie broke the pestle of Hakuli which she used in the pounding of the millet as there was no grinding mill then. Hawie could only replace the broken pestle with a new one but as fierce rivals, Hakuli insisted on having her original pestle mended and made ready for use.

Faced with this puzzle, Hawie took the two ends of the broken pistel and prayed to God to help her out of the complex situation. She spat three times on one end of the broken end and three times on the other end and then tried fixing the two ends together. Lo and behold, the two broken ends got joined together in a stiffer state. Hawie thanked God for the miracle. This ‘gift’ has since been extended to the fixing of broken human parts through the use of herbs (pipahoka) mixed with shea butter. The healing process is a spiritual and herbal one. 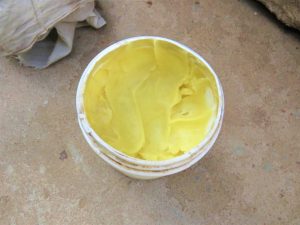 The first human to have been healed was a child who had a fracture. After the healing by Hawie, the parents of the child asked for their bill but Hawie said there was no bill since she had the belief that God gave her the power of healing to save mankind.

But as a sign of appreciation, the parents of the child brought a calabash of millet, one thousand cowries and tobacco leaves and this form of appreciation has since been instituted till date.

One interesting thing about the healing process is the plucking of the tail feathers of a fowl which is left in the clinic or centre while a patient receives treatment. This is then used to determine when a patient’s fracture would heal or not. It is believed that by the time the tail feathers of the chicken regrow, the patient would have been fully healed of his or her fracture or broken part.

The art bone setting is only practised by the Tituo family in Gwollu via herbal and spiritual healing. The centre has been handed from generation to generation and it is always headed by the leader and elder in the family.

The bone setting centre is a benevolent institution and hence has no formal charges for treatment or healing.

The bone setting centre is popular for treating various degrees of fracture. It also receives patients from all walks of life within Ghana and neighbouring countries especially, Burkina Faso.

The centre won the Attraction site of the year 2005 (7th upper west regional tourism award) and 2006.

A man in his early forties by name ‘Yahaya’ got involved in a motor accident and was brought in for treatment after trying two other places. He alluded to having best treatment from the Gwollu bone setting center. He appealed to government,philanthropist and NGOs to go to aid of the center as it desperately needs expansion.

65-year old Walliam Leuthrod disclosed how his fracture was badly treated in Accra and left one of his leg longer than the other leg. But the situation has been corrected and the wound is fast healin after being referred to the Gwollu Bone Setting Centre. His plea was for assistance for the clinic to get more beds, a befitting kitchen and a cinema hall for entertainment as patients have nothing to entertain with except to sleep throughout the day.

The Head of the facility, Yusif Babie Balutie who is an 88-year old Form 4 leaver said averagely, 35 people are treated monthly.

Because there are no official charges for treatment, the payment of utility bills have become a headache. The structures being used have becom dilapidated and need refurbrishment. The facility also lacks protective clothing and other sanitary materials.