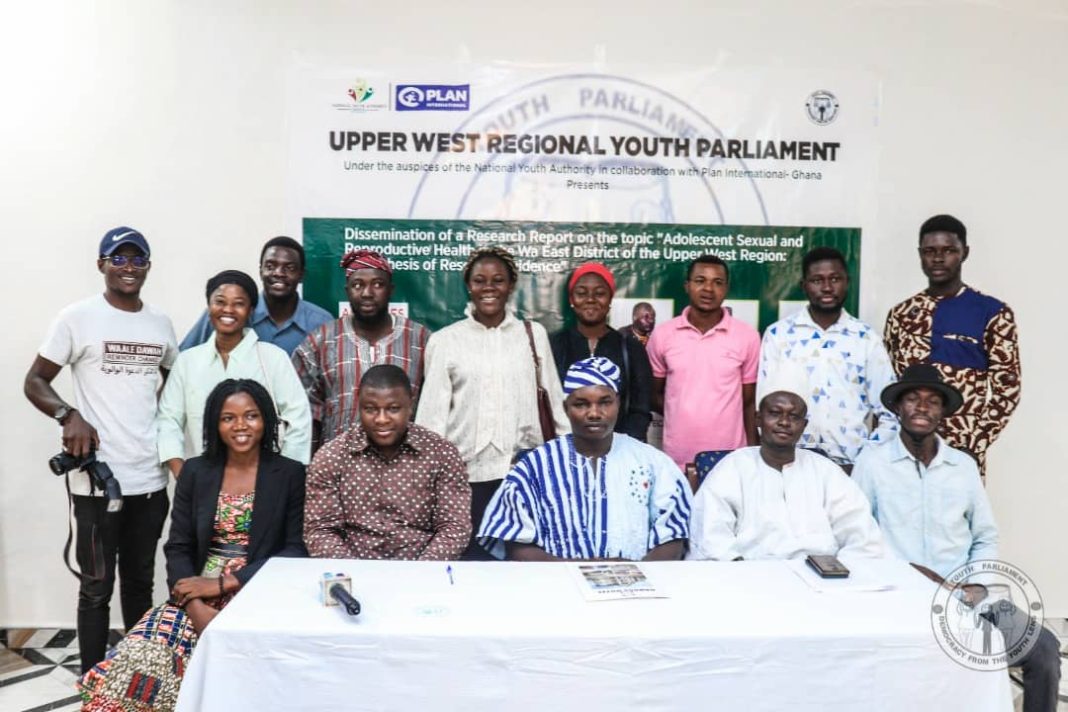 The Upper West Regional Youth Parliament (UWRYP) has urged the government to introduce a free sanitary pad policy to help meet the needs of adolescent girls.

This was part of the recommendations in a research report conducted by the UWRYP in the Wa East District of the Upper West Region.

The research was conducted under the topic, “Adolescent Sexual and Reproductive Health in the Wa East District of the Upper West Region: A Synthesis of Research Evidence.”

At a press briefing to announce the findings of the research, Tuesday, May 10, 2022, the Speaker of the Upper West Regional Youth Parliament, Rt. Hon. James Baba Anabiga, said the study was done in the Wa East because “in the Wa East District, data indicates that early and unprotected sexual practices by adolescents are a common trend that exposes them to many reproductive health challenges, including unplanned teenage pregnancies, school dropouts, unsafe abortion, and Sexual Transmitted Diseases (STDs) and HIV/AIDS.”

The study, funded by Plan International Ghana, was to among other things, assess the District Assembly and office of Member of Parliament’s commitment to providing adolescents’ basic reproductive health needs, identify the capacity factor of health facilities in carrying out interventions on Adolescent Sexual Reproductive Health (ASRH) in the district.

It was also to examine parents’ responsibility in providing basic needs of adolescents.

A sample size of 300 respondents, comprising 150 girls between the ages of 13 and 19, parents, guardians and relatives of adolescent girls, participated in the research.

Rt. Hon. Anabiga stated that “seven key informants were selected from the District Assembly, Health and Education Directorates including the Gender Desk Office and the Planning Unit among others also participated.”

The research findings further revealed that the Wa East District Assembly was not undertaking adequate programmes and activities to promote ASRH issues.

According to the study, 57 percent of parents do not provide basic needs of their adolescent girls even though they are aware it was their responsibility.

The report recommended that the government and the private sector should undertake projects that would help create awareness and build the capacity of adolescent girls on their SRH.