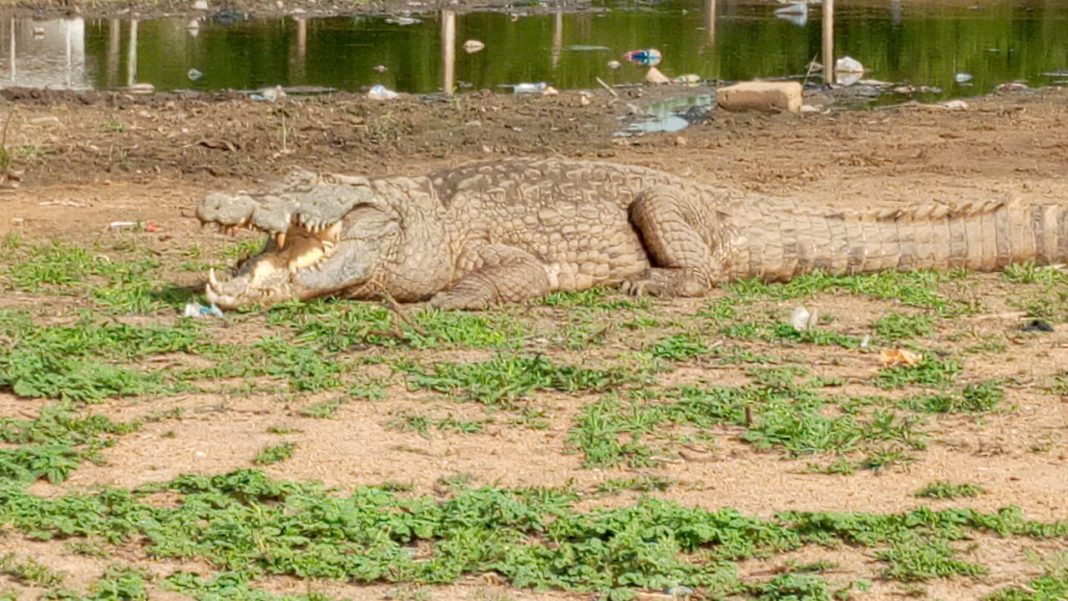 Known as a sacred pond, the Paga crocodile pond in the Kassena Nankana West District of the Upper East Region is one of the oldest and most visited tourist centres in the country.

Housing close to 500 West African crocodiles, the pond has attained its title as the Paga Chief’s pond due to the friendly nature of the crocodiles.

Irrespective of the little feed these crocodiles usually receive, only upon the arrival of visitors, they remain harmless to humans, especially children who swim with them on a daily basis.

But the glory and survival of these friendly creatures are now threatened by plastic waste while authorities look on helplessly.

A visit to the site by our reporter, Moses Apiah, indicated that the shoulders of the pond were covered with plastic waste to the extent that some of the crocodiles struggled to get out of it. 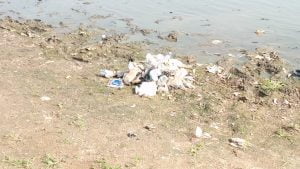 Interacting with some of the tour guards regarding waste management in the area, they explained that the situation was beyond their control.

Godfred Awampaga, one of the guards, said, “we do weekly cleanup here. But the issue goes beyond cleanup. What we are requesting, which I have been to the Environmental Protection Agency (EPA) in the region is a Fencing cable to fence the whole area. That is in progress, so if that is done, I think the issue of plastic waste will be minimized. We feel the pains of the crocodiles because they are our ancestors but we are incapacitated.” 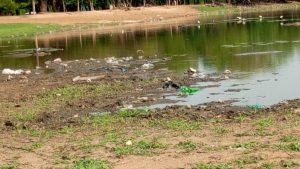 Touching on the support of the government, Mr Awampaga noted that though past and present governments have made promises to improve the site, little has been done.

“We are now watching them, there is no government that doesn’t visit here, after taking office. These officials will come with sugar-coated words but afterwards, zero work is done. A few months ago, a tourism Minister came to this very site, I was the guard that day. I told him some of the things the pond needs to make it attractive to visitors and help the crocodiles live a healthy life; up until today, I have not heard from the said Minister. Though he made some commitments we are not seeing anything”, he added.

For the pond to gain its attractiveness, Mr Awampaga explained that it will need desilting and fencing to solve the issue of encroachment by locals. The facility would also need an office space for tour guards as well as a place of convenience for tourists.

The survival of these crocodiles and the expansion of the tourist site could very well depend on support from well-meaning organisations and government support.