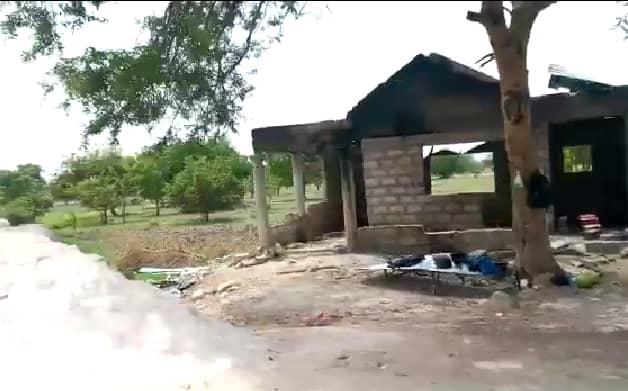 Residents of the Karimenga, a community in the North East Region yesterday, Tuesday, May 17, 2022, at around 6pm burnt a police checkpoint under the Upper East Regional Police Command over what they described as an unlawful shooting and injuring of an innocent female civilian.

The residents say the issue could have been addressed peacefully without the use of a brutal force hence their anger.

The victim, according to a relative, sought a ride from a motorcyclist [unidentified] who was heading in her direction. After reaching the police checkpoint, the police on duty stopped them for some security checks, but the rider refused to stop and increased his motor speed, which led to the police shooting at the back of the rider, injuring the lady’s buttocks and anus.

Meanwhile, the Upper East Regional Police Command is yet to respond to the issue. The Police Public Relations Officer ASP David Fianko-Okyere in a phone-in interview with our reporter said he is yet to get the full report.