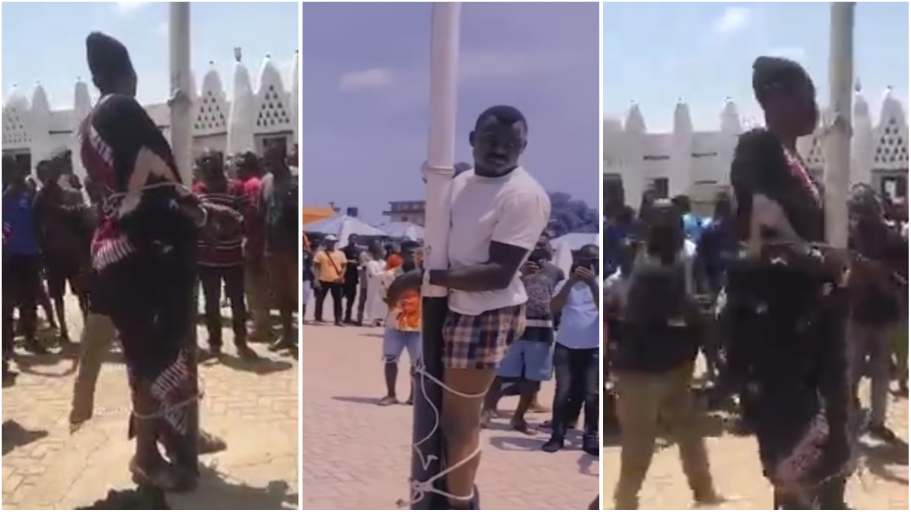 The Ghana Bar Association has stated the flogging of the two persons who featured in a leaked sex tape at the palace of the Overlord of the Waala Traditional Area in Wa; the Upper West Regional amounts to a violation of their fundamental human rights.

In a statement signed by the National President of the GBA, Yaw Acheampong Boafo Esq. and the National Secretary, Kwaku Gyan Baffour Esq. and copied to A1 News, the act of tying people and flogging them is humiliating and dehumanizing.

The GBA maintained that the “barbaric act contravenes Articles 12 (2) and 15 (1) (2) (a) and (b) of the Constitution, 1992, which provide; 12. (2) Every person in Ghana, whatever his race, place of origin, political opinion, colour, religion, creed or gender shall be entitled to the fundamental human rights and freedoms of the individual contained in this Chapter but subject to respect for the rights and freedoms of others and for the public interest. 15. (1) The dignity of all persons shall be inviolable.”

“(2) No person shall, whether or not he is arrested, restricted, or detained, be subjected to (a) torture or other cruel, inhuman or degrading treatment or punishment; (b) any other condition that detracts or is likely to detract from his dignity and worth as a human being.”

The statement continued to say “the flogging of the young persons is antiquated, backward, barbaric and abominable, and the GBA condemns same in no uncertain terms. The GBA is therefore calling on the relevant security agencies to arrest all persons involved in the physical abuse of the two young persons, investigate the incident and ensure that the perpetrators are prosecuted in accordance with law.”

See the full statement below. 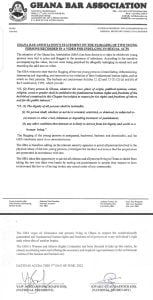