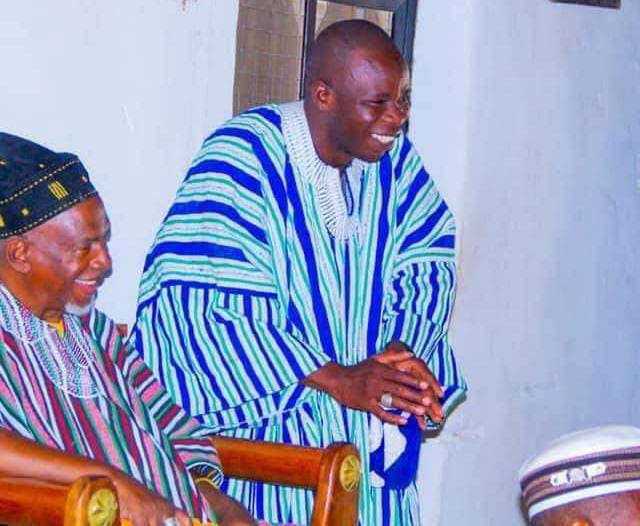 It would be recalled that some youth apprehended, tied and flogged the two persons who featured in a leaked sex tape in Wa; the Upper West Regional capital.

After the sex tape was made public, and the flogging done, the Spokesperson, speaking to the media suggested that the Overlord of the area was unaware of the actions of the youth.

But in a recent publication seeking to clarify the earlier statement, Naa Kadri explained that the Overlord takes full responsibility for the actions of the youth and would dialogue with the needed stakeholders to ensure that the issues are addressed amicably.

This was contained in a statement released on the official Facebook page of the Spokesperson to the Overlord of the Waala Traditional Area.

I understand the part of the interview I granted TV3 some hours after the incident of flogging where I stated that His Majesty the Overlord and I were present at the time of the incident in the Palace, has been misconstrued by a section of the media to mean that we had left the floggers to their fate. This has generated marked concern in the minds of many in Wa.

I wish to point out that the Palace has since not run away from responsibility. Once it took place in the palace we have an absolute responsibility for all the actions.

We have since been working with all the stakeholders to resolve the issue.

On the arrest of the three persons, I should clarify that it was at my blindside. I had advised them to hold on with the police invitation till after the Overlord and the four paramount chiefs would have had a meeting to that effect at 4:00 pm. Before I realized I heard they had honored the invention by the police.

This was after I gave them the advice to wait. However, we have been working to ensure their release from custody since yesterday. It has not been easy between us and the police.

I wish to also place on record that I have not spoken to any radio station in respect of the matter since its occurrence. I am yet to do so.

I apologise to the sensibilities of all those who may feel hurt about my actions and inactions in these trying matters.

All rest assured that His Majesty stands for the people of Wa. I do too.