You chastised gov’t for 125 ministers, why not commend it for 85 ministers? – Johnson Ayine to NDC 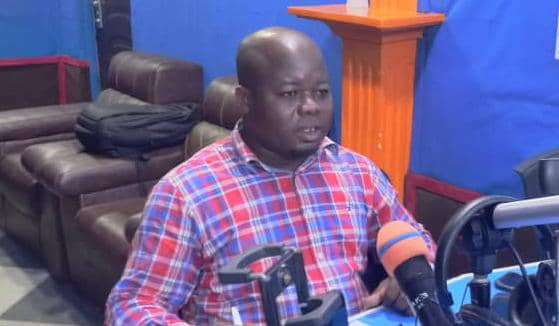 Johnson Ayine, Deputy Communications Deputy Upper East Regional Director of the New Patriotic Party (NPP) is wondering why President Akufo-Addo’s government is not being praised for reducing the number of ministers appointed during its second term in office.

It would be recalled that under President Akufo-Addo’s first term in office, he was heavily castigated for what was described as an elephant-sized government of about 125 ministers. During the President’s second term in office, a number of the ministries have been re-aligned, and others were scrapped totally.

The President also removed all the deputies for all 16 regions. This led to an overall reduction of Ministers.

Speaking on A1 Radio’s Day Break Upper East Show today, Mr. Ayine opined that the situation demands commendation similar to the condemnation that was metred out to the President.

“They were talking about 125 ministers. Today, with additional 6 new regions, we have about 85 [ministers]; I stand to be corrected. Who is praising him? That is the hypocrisy of the politicians and some Ghanaians. For all 16 regions, there were no deputy ministers, for the first time in the history of this country. Kufuor only did the Upper East Region and the Upper West Region because they were small regions. Nobody is praising him,” he said.

Touching on the number of Presidential Staffers, Mr. Ayine explained that it was unfair for the opposition NDC to criticise the government for the ballooning number.

“At times, I blame my own government. When we came and met the 700 plus officers at the presidency, imagine we had sacked all of them and put our own people there. I think our numbers would have not even been up to 500. We decided that let them stay and we rather added more hands. Your people are still there and Akuf0-Addo is taking the blame.”

It would be recalled that Benson Tongo Baba, the Member of Parliament for Talensi in the Upper East Region called on the President, Nana Akufo Addo to reduce the number of people working at the Jubilee House as Staffers.

Mr. Baba explained that the action would help the country save some money in an attempt to address the many problems that affect Ghana’s economy.

He was speaking on A1 Radio’s Day Break Upper East Show at his residence at Tengzug.

“The Jubilee House, at the time we were leaving office, the staffing situation was around 600. How many do we have now in the Jubilee House? People are performing the same role with different titles. Those people would be entitled to certain benefits. It means that there is some reckless expenditure. They should look at that and downsize that.”

“They should look at themselves also. Public funds are not personal funds that you can spend,” he explained.