Feature: Religion and Security; a huge challenge in Africa 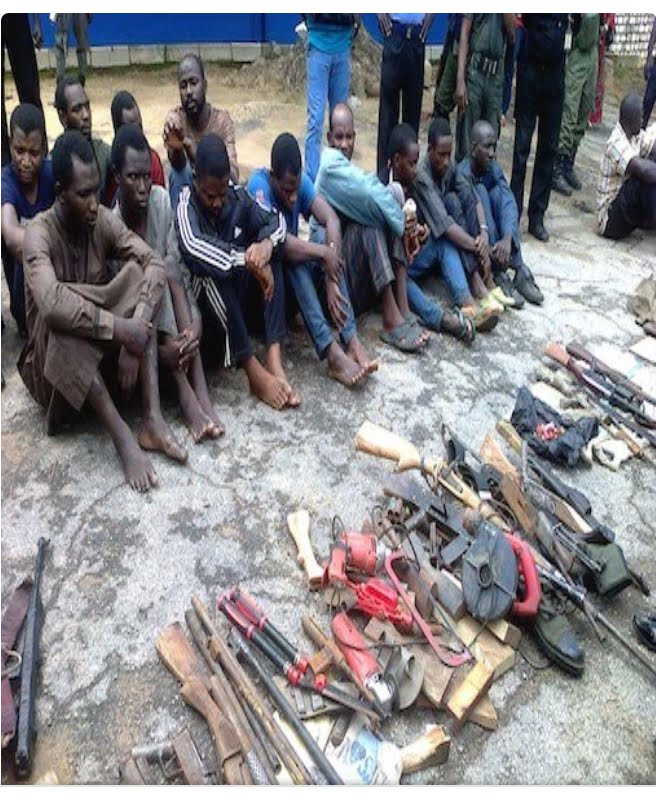 It is so sad and devastating to hear that even in the church, where people are gathered to worship the Most High God, anyone in his wildest imagination or rightful mind will enter there and pull up a gun or any other weapon to kill his or her fellow human being. No matter the reason or reasons that probably warranted such an outrageous and barbaric action, it should be condemned.

Hearty sympathy and condolences to the citizens of Nigeria, the Catholic Church and particularly the families of all those who were killed at St. Francis Catholic Church, Owo, Ondo State, Nigeria. 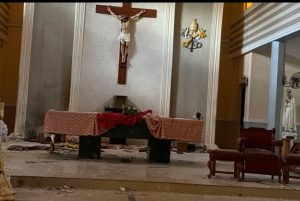 Sad to add that this is not the first time such a horrific incident is happening. Similar and awful killings in churches had occurred in other countries, particularly in Africa. The shameful part of such stories is that they take up the front pages of most news segments, people express their disbelief and shock at such news, security or governments pretend to be investigating the cases at the initial stages of the incidents, only to let the cases “rest in peace” just like those who had died!

Security is still a huge challenge and a big concern for most African countries. In some parts of Africa, people pay their way through with guns and other related weapons, particularly to conflict-prone areas to cause strife and wage wars. Most of these weapons, unfortunately, are found in the hands of poor and destitute young people. Honestly, the real questions for reflections are: where do they get all these weapons? If those often caught carrying the weapons are the poor and destitute young men and women, who is sponsoring them?

Security should be the concern of everyone, institutions or organizations. Churches are the most neglected areas when it comes to the issue of security. “Any weapon fashion against me shall not prosper. “(Is. 54:17) This quote and other related ones often make some Christians and Church leaders think God does not also operate through the State security apparatus and personnel.

I remember once I spoke to a pastor of a church about the need to install cameras around his church premises, he jokingly replied, “It is the Lord who takes care of us.” This Church, he added has existed for 20 years now, we’ve never had any case of even stealing or any other insecurity-related problems.
I will not be far from the right if many other pastors or church leaders think the same way. Honestly, it is a good saying and carries a good feeling to put total trust in God, however, we should not also fall short of the fact that God in his wisdom equally protects us through the military, police and the other State security agencies.

Some Security structures in Africa are nothing to write home about; a significant sign is how an individual or a handful of people can take a whole country in ransom or besiege an area within a country. The truth still remains that these apparatus may not be the best, however, God’s power of protection works through them.

Churches are meant to be welcoming places, where people commune with themselves and their God. All those entering into a church are assumed to be God-fearing people and would not be expected to be atrocious. Nevertheless, time has proven that this is not always the case.

Besides some politicians who are parading their wealth outwardly, pastors or church leaders are the next on the roll; pastors driving very expensive cars, living in paradise mansion and their children living abroad, why wouldn’t raiders now begin to attack or worse still kill innocent people in churches?

I remember when a similar and awful incident happened in a couple of countries. One of the recommendations given was to install security cameras in and around some key areas of the church premises.

It will be prudent for church leaders or pastors to be security-minded in the training of their church ushers; security personnel can be engaged to help train church ushers as to what to look out for when church services are in progress.

Church security men “watchmen” should also be trained before they are employed. Most of the time, out of compassion they are employed without any meaningful training.
Sirens and alarm systems should be installed in churches. This will also help beef up the churches’ security.

Finally, pastors and church leaders should stop parading their wealth around. Today, religion has become very lucrative and a lot of church leaders showcase their earnings for others to know how God has blessed them. However, this also sends out wrong signals to thugs and armed robbers.

Most often than not, God’s answers to our prayers on protection, love, guidance, poverty and healing are also embedded in professionals He has endowed with the gifts of His Holy Spirit. If we refuse to use their services or adhere to their advice then be sure you will always question God or get angry at Him most often in your life.
Religious institutions and for that matter, all other institutions should take security very seriously. God’s protection comes upon you, when you are conscious to protect yourself.