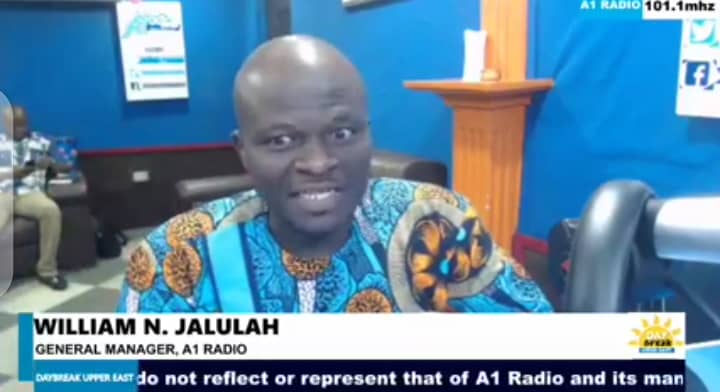 The message is clear, the GJA’s membership drive needs to evolve. This requires making the Association attractive for journalists who are non-members to join.

“Journalists practising or media practitioners working in this region who are qualified to have been members of the association are so many yet just a few of us who are members. And so I would want to encourage and work hard to make the Association attractive so that members or practising journalists or media practitioners would want to join because they would have understood why they should be members.”

“Over the years you ask some and the first question they will ask you is; if I’m a member what do I benefit? You should be able to tell them what they will benefit as members so that it will entice them to join the Association.”

Speaking on Day Break Upper East Show on A1 Radio today, Mr Jalulah said these four materials in his mind would help the course of the Association. The Association he said has been operating in the region without an office and that needs to be a thing of the past.

“Clearly over the years the Association has been operating in the region without an office and so it has been on my table that I think we need to have an office. As an Association we have documents to process, we have documents to keep, and we have members who per the nature of the work they do sometimes would want to come to the office to do a few things. If you don’t have an office, how do you keep those documents that you are going to work with? And so for me we need to get an office.”

He added that in the interim, the GJA can secure a rented apartment but would have to work hard to put up a secretariat with a conference hall that can also be rented out for conferences to generate income for the Association.

“Capacity building is key and so for us to achieve that pillar of having capacity building of members, then we need to have an office were attached to that would be a conference, were we can organize training for our members,” Mr Jalulah stated.

Speaking on accountability to members, he says “we have to account to members what is it that their resources are being used for because as a member you pay dues.”