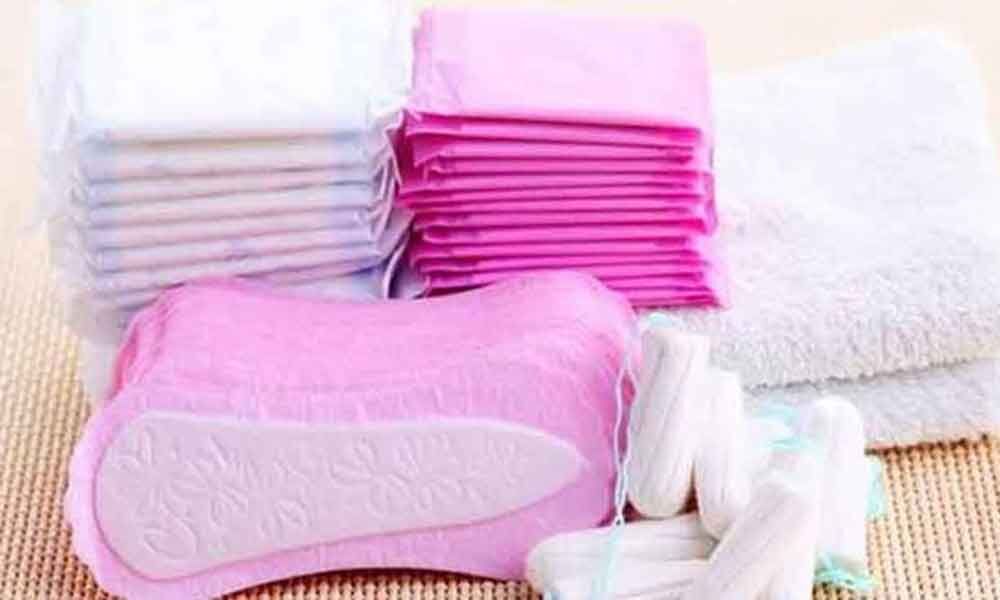 The call by the public for the government to make sanitary pads more accessible by reducing the cost and providing viable local production alternatives received attention in the 2020 manifestos of the two main political parties, the National Democratic Congress (NDC) and the New Patriotic Party (NPP).

A research document dubbed ‘The Citizen’s Manifesto on Social Protection Programmes and Policies,’ which provided public expectations of political parties ahead of the December 7 election indicated that menstruation among teenage girls was a major concern for many in deprived communities.

In a response to the concerns expressed, the NDC’s 2020 manifesto indicated that the party intends to revisit and scale up its intervention of providing free sanitary towels to needy and vulnerable females.

It’s the party’s expectation that the intervention would help to keep all girls in school throughout the academic calendar and also help improve on the health and general well-being of teenage girls from vulnerable backgrounds.

On the other hand, the NPP 2020 manifesto says while supporting the private sector to ramp up production locally, the party will eliminate import duty on sanitary pads to improve health outcomes, particularly for girls.

Speaking at  A1 Radio’s round table discussion on teenage pregnancies and stakeholders’ efforts at managing the social menace, Wednesday, July 5, 2022, Peter Akudugu Ayamba, Primary Health Care Coordinator, Catholic Health Services, Navrongo-Bolgatanga Diocese explained that while the Former President’s policy was ridiculed extensively, it could have been a proper solution to reducing transactional sex among teenage girls and help deal decisively with teenage pregnancies.

“The parent care about how many children they give birth to. They do not really care about how to take care of them. You see a peasant farmer with 8 children so they would in a way, not deliberately, neglect some of the children. It really isn’t that they neglect, but they cannot do it. At the end of the day, those are where the push factors would be for the girls to find ways of taking care of themselves.”

“In the past, there was a policy that they [the NDC] wanted to give school children pads. In fact, we all ridiculed it. We thought it was not an appropriate intervention. But in our engagements in the communities, we realised that it was one major factor that let the girls go out. They can’t even afford sanitary pads.”

“Because the children are not well informed, they have failed to recognise and accept the situation of their families,” he said.

Earlier, it came to light that rape and transactional sex are rife in all the mining communities within the Talensi District of the Upper East Region. Young girls, aged between 14 and 19 skip classes in search of well-paying informal jobs at the mining sites. Others are in search of ‘sponsors’ who would fund the ostentatious lifestyles they would want to live. For a few others, it is a matter of sustenance.

Meanwhile, the Youth Harvest Foundation has joined calls for the government to consider the immediate declassification of sanitary pads as a luxury good.

This declassification would cut down at least 20 per cent of the current cost of sanitary pads.

Speaking on A1 Radio’s Day Break Upper East, the Executive Director of the Youth Harvest Foundation, Albert Apotele was unhappy that under tax classifications in the country, sanitary pads are considered luxury goods.

Mr. Apotele insisted that sanitary pads cannot be considered a luxury good because women cannot choose whether to menstruate or not.

Also, Safe Menstruation Movement (SAMMO), a youth group has expressed with utmost dismay that the 2022 budget presented in parliament last week contained absolutely nothing about the scrapping of a 20 percent Import Duty Tax (Luxury tax) on the importation of sanitary products.

But after calls from a section of the public for it to be abolished, in August 2020, Vice President Dr. Mahamudu Bawumia while giving highlights of the NPP’s manifesto in the Central Region, in the full glare of the public, said the party intends to scrap the 20 percent luxury tax if Ghanaians renew the mandate of the party.

Nevertheless, after winning the 2020 elections, the government failed to fulfill its promise. And then comes another ‘failed’ promise from the Gender and Social welfare Minister, Sarah Adwoa Safo in May 2021 that her ministry is taking steps towards abolishing the 20 percent luxury tax on imported sanitary pads.