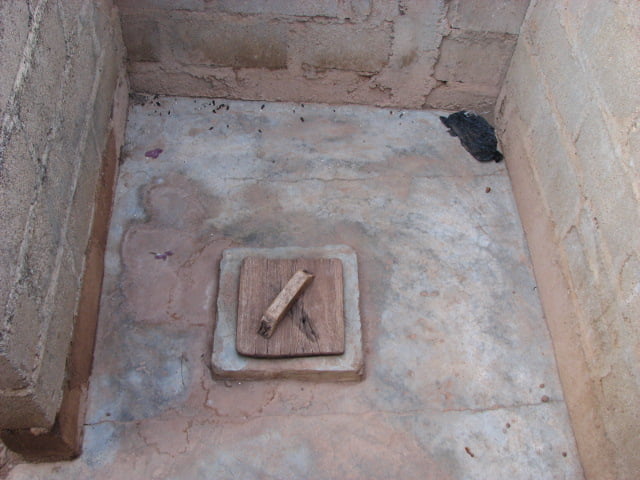 Some of the residents in government bungalows; especially the junior staff quarters in the Bolgatanga Municipality of the Upper East Region are said to still be using a rather crude method of human waste disposal; the pan latrine system.

These government bungalows are located within the Bolgatanga township. Due to the unsanitary nature of the pan latrines, the use of same has been frowned upon across the country.

Mr. Apkaribo who spoke on the issue explained that while some of the residents of the bungalows had renovated and installed modern toilet facilities, others still relied on the pan latrines.

This means that on a daily basis, some contracted staff of the Assembly have to go round the pits and evacuate the human waste materials deposited into the pans. “Because the Assembly is unable to provide gloves and other sanitary materials for the workers, sometimes they do not go to dispose off the waste. So it has become a situation where the occupants of the bungalows now pay the workers as and when they need their services.”

While admitting the challenge, the said processes are far advanced to ensure that the bungalows with the pan latrines systems are fitted with modern toilet facilities.

The M-CODe, first instituted in 2018 was to help develop the capacity of the media as advocates for improved sanitation, especially for the eradication of open defecation in Ghana. It also sought to serve as a participatory platform for media practitioners in the ongoing advocacy for improvement in systems to eradicate open defecation.

The constitution of media practitioners would also help challenge relevant authorities and leadership at all levels to take action to stop open defecation and support public sensitization aimed at improved sanitation, especially at ending open defecation.