UE: Journalist with Dreamz FM assaulted by NIA officials in attempt to get Ghana card 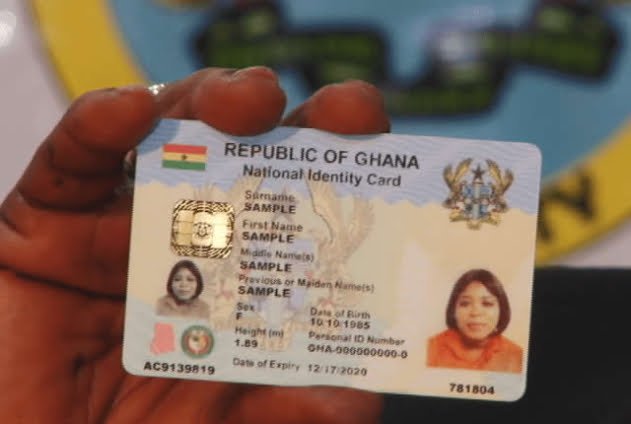 Abdul-Gafaru Salifu, a journalist with Bolgatanga-based Dreamz FM has been assaulted in his quest to register for the Ghana card. The incident is said to have happened in the Bolgatanga East District.

Mr. Salifu narrated the incident when he spoke on A1 Radio’s Day Break Upper East Show.

“At the Bolgtanga East District, the registration is done around the Yarigabisi Clinic thereabout. You have to go and book so I went to do the booking and I went there to have the process done. I was in the queue but apparently, when we got there, the one who was there to enter the biodata, he was nowhere. So we stood there for an hour. When he came in, one guy was in front of him and he got his biodata process done. I got to the seat and I was to go through the process but he asked me to get up because apparently, we that we were in a queue did not help them to pack the things that were brought to the office. Because of that, he was not going to register us,” he said.

Mr. Salifu insisted that he, and the many others present at the centre were not obliged to help the NIA staff in carrying their registration materials. While, the exchanges heated up, Mr. Salifu, a journalist attempted to film the rather surprising incident.

This, according to Mr. Salifu, is where the physical assault on his person began.

“I insisted that it [carrying materials for the NIA] is not part of the criteria for registering people. We are not told that if you go to the NIA centre to register, we should go and offload things before we are registered. He asked me to get up for one person to come sit so that he will do the registration for him. I said I would not get up and that is where he started pushing me. It got physical,” he stressed.

Mr. Gafaru continued to say that “he pushed me and when I picked up my phone and tried to record what was happening, he tried to snatch my phone. He tried unsuccessfully. He snatched the NIA, [and] he tore it. After tearing the NIA form, his DR [District Registration Officer] intervened but he [the DR] got more violent. He tried snatching my phone. He tried unsuccessfully. He then tried snatching my birth certificate.”

After the altercation, the NIA officials insisted that they were not going to register all the individuals in the queue who refused to help convey the NIA registration materials to the centre.

The incident, according to Mr. Salifu, has been reported to the Bolgatanga East District Command of the Ghana Police Service.

He continued to say that similar reports have been filed with the regional office of the National Identification Authority.

Meanwhile, when A1 Radio contacted the Regional Registration Officer, Ibrahim Awudu, to respond to the issue on the Day Break Upper East Show, he declined.

It would however be recalled that in a recent interview on the same platform explained that there has been an increasing demand for the Ghana card within the past few weeks in the Upper East Region because some communities, driven by excessive politics, decided not to be a part of the mass registrations exercise for the card, along with the subsequent mop-up exercise.

A lot of people did not take the opportunity to register in this region. There were too many political talks about it. People bought into it. It affected a lot of them. Now that people are feeling that and seeing the need for the Ghana card, they are now rushing. That is why we have a huge number rushing to our offices.” [See full interview here].