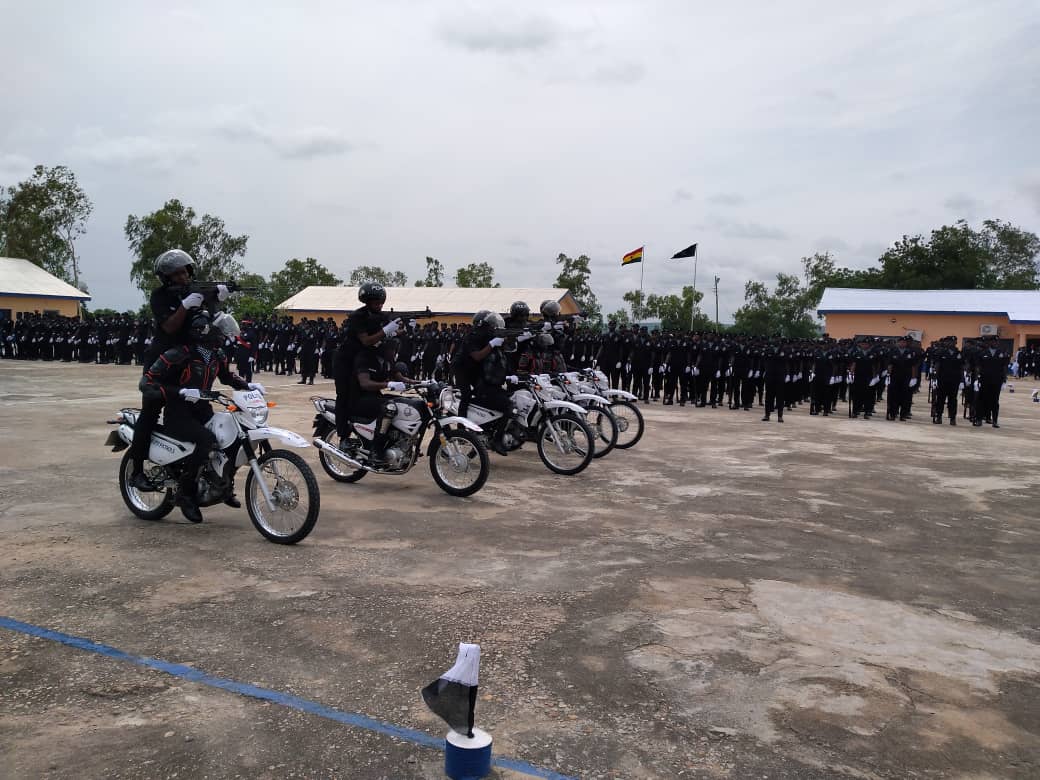 As a way of protecting its image and continuing to serve with integrity while protecting lives and properties, newly passed out constables and Sergeants at the Police Public Safety Training School in Pwalugu have been advised to deliver on their duties with utmost professionalism.

Speaking at the passing out event, the Review Officer for the parade, Commissioner of Police (CoP) Francis Ebenezer Doku, explained that the young constables and Sergeants have been taken through a series of practical and modern-day sophisticated policing which will help to combat crimes and also ensure public order. He said the newly trained recruits have no reason to underperform. 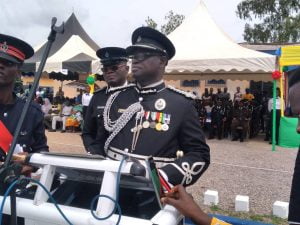 CoP. Doku noted that in consonance with the implementation of a new training curriculum and restructuring of training activities, Institutions like the Gesellschaft fur Internationale Zusammenarbeit (GIZ) and West Africa Program to Combat AIDS and STI have partnered with the Police Service in delivering World-class tuition to the recruits during their 6months stay.

He stated that. “all recruits on parade, as part of their basic training were sent to High-Risk Operation Training School, formerly the Counter-Terrorism Enactment and Concentration Centre at Huhunya in the Yilo Krobo Municipality of Eastern Region and this very training school, where they were taken through activities like swimming, rappelling, mountaineering, jumping from moving vehicles etc.”.

Again to expose the recruits to practical policing “the recruits were made to perform one month of field (practical) duties under the supervision of cadet officers from the Police Academy, Accra. They were deployed in teams of vital installations, traffic management duties, snap checks public order management and patrol duties in the various communities within the precincts of the school. Some were also attached to the Criminal Investigation Department and the Charge Offices to be abreast with what awaits them”. 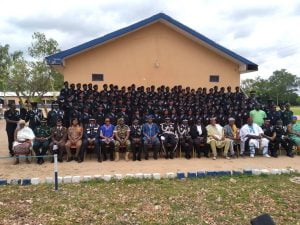 In all 725 recruits were passed out comprising of 397 males and 328 females of which 61 are under cadets. These recruits are the first batch of 2022 recruits the remaining 664 recruits are pre-tertiary recruits.