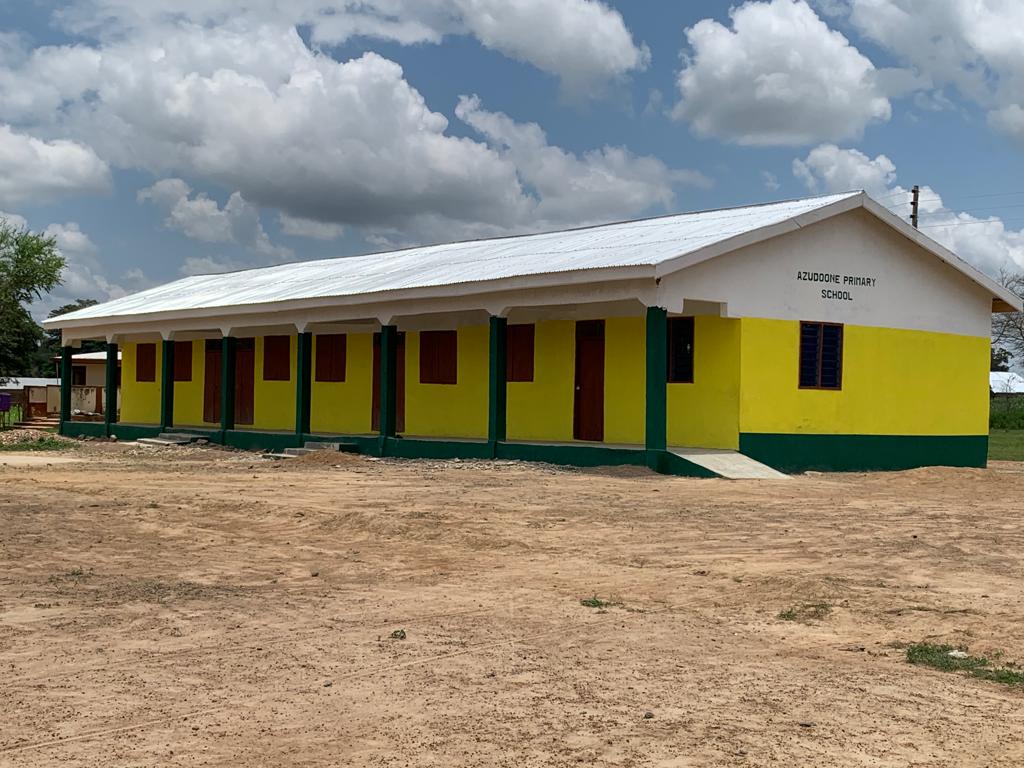 The Azudoone Primary School in Sirigu in the Kassena-Nankana West District of the Upper East Region has taken over a newly constructed 3-unit classroom block with an office space after persistent media reports.

The school started in 2008 with a mud structure built with bricks by the Azudoone community and was managed by the community members with teachers mainly volunteers from the community until government absorbed it in 2010.

The 3-room mud structure was serving as a classroom block for pupils from kindergarten to primary 6 for the past 10 years.

Some of the pupils were studying under trees and as a result, authorities of the school were compelled to close down the school anytime it threatens to rain.

With no sign of help from government, the community members through the headteacher of the school, Dominic Akubase resorted to seeking for help from benevolent organizations through media platforms.

In 2017, A1 Radio’s Joshua Asaah carried out a report on the dire situation on how pupils and teachers of the Azudoone go through daily.

Mr. Akubase stated that the news stories done by media houses including A1 Radio attracted a Non-Governmental Organization, NUEVI-Exchanging Smiles that came to the rescue of the school by constructing a 3-unit classroom block with an office to replace the dilapidated mud structure.

“The community, therefore, resorted to the print and electronic media as a medium to cry for help after countless efforts to get the attention of the authorities, over the past decade, to come to the aid of the school proved futile. The news of the deplorable state of the school went viral in print and electronic media. To cut everything short, the story of the school found mercy in the eyes of a Spanish NGO called NUEVI – Exchanging Smiles. The president of the NGO traced and came to Azudoone personally to have firsthand information about the school in May 2019.” 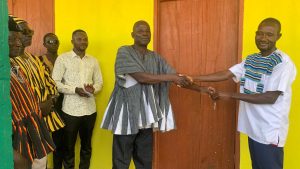 The headmaster said this over the weekend at a ceremony held at the school premises to hand over the classroom block to the school authorities.

Mr. Akubase stated that the NGO had planned to construct a 6-unit classroom block with two offices. However, the impact of Covid-19 affected its plans which resulted in the construction of phase 1 [3-unit classroom with office] of the project.
The headmaster appealed to the Kassena-Nankana West District Assembly and the District Directorate of Education to augment the support of the NGO by providing the Azudoone primary school with furniture.

“Our bicycles and motorbikes become our chairs and tables whenever we [teachers] come to school”, he stated.

Dr. Álvaro Paz, President of Nuevi while thanking the people of Azudoone for welcoming him into their community, called for the sustainability of the facility by government and the community members.

The president of Nuevi in a speech read on his behalf by Godwin Akuliya promised to keep supporting the school to improve teaching and learning.

“As long as we have your welcome, everyone in Nuevi will keep on working closely with you to support the community in fulfilling its projects. This bond has just started to grow. We have a long path ahead”, he added. 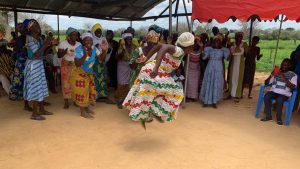 Head of Supervision, Moses Wopugi on behalf of the Kassena-Nankana West District Directorate of Education, recounted the dire situation of the school and as a result, “books were kept in the toilet facility and other materials were kept in a nearby house.”

He thanked the NGO for the provision of the classroom which would serve as a relief to the plight pupils and students were going through.

The paramount chief of Sirigu, Naba Atogumdeya Roland Akwara III in an address on his behalf thanked the NGO for the support. He admonished parents to ensure that their children who are up to the school-going age are always in school.