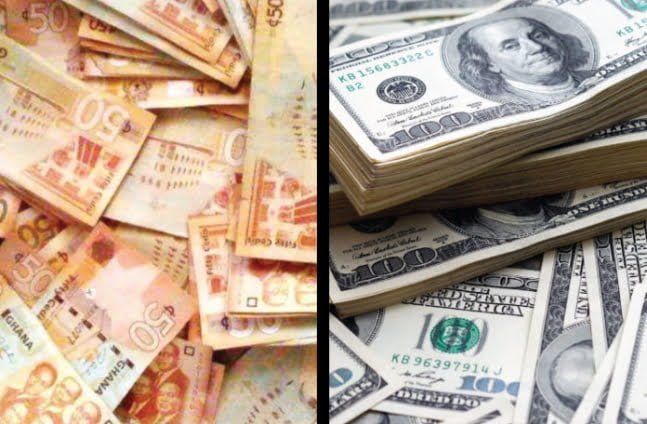 “I’m surprised that the Bank of Ghana is talking about 750 million having an impact on a currency that has depreciated by over 60% within the space of four months. It just doesn’t add up. I would want people to hold the government accountable and stop talking about things they called policies and projects to save the cedis,” Dr. Michael Adongo, a Development Economist at UDS campus, Tamale said when he spoke on A1 Radio.

According to the Economist, the claims by the Bank of Ghana that the cedis will soon bounce back through the injection of the 750 million were pathetic and outright falsehood.

“I mean it is a pathetic and outright falsehood for somebody to think that those cottages and crab houses we are building and calling factories can generate enough output to substitute our import and bring the cedis down it is pathetic.”

He indicated, “we have put in 2 billion before; it didn’t save the situation. The fact is that the cedi has lost its function. The cedis has lost its function as a store of value so anybody that has something that he wants to store the value doesn’t look to the cedis. For instance, if you have 50 or 60 Ghana Cedis today or maybe Ghc100,000 today and you want to preserve the value, you will want to turn it into another currency because that is a more stable currency.”

“So, the depreciation of the cedis is occasioned by the fact that we are in unprecedented territory since the 1980s; we have entered a case of some global turbulence, that has been reinforced and echoed by the government’s mismanagement of borrowed funds. So, we have gotten to this point, a point where even if we inject dollars into the economy people are going to buy them and store them knowing very well that we cannot sustain it.”

He made the comments on the Daybreak Upper East show on A1 Radio after the Bank of Ghana gave a strong indication that the recently approved $750 million Afriexim loan facility by Parliament once disbursed, among other measures will help boost the foreign exchange position of the country as well as restore confidence in the cedi.

The bank further indicated that measures including the cocoa syndication loan which is expected in the last quarter of 2022 will also provide more foreign currency to help address the cedi depreciation.