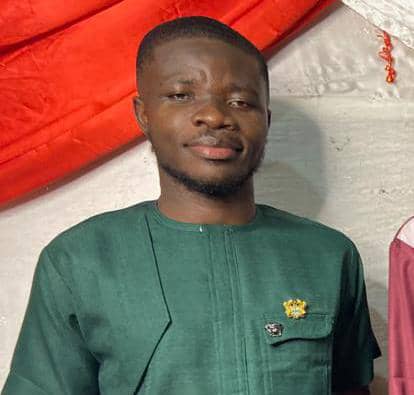 “As I speak to you now, I am the President-elect CKT-UTAS, Navrongo. When I was contesting, there were these conspiracies that were going around that when I come, I was going to fight with the university’s management but I want to state categorically that I am someone who believes in the fact that the right thing must be done and it must be done once and for all. I placed myself in the field to challenge the system and also that everything that has to do with the students is protected,” Alfred Asante, SRC President-elect for the C.K. Tedam University for Technology and Applied Sciences (CKT-UTAS) said when he spoke to Mark Kwasi Ahumah Smith on the Day Break Upper East Show today, Tuesday, August 16, 2022.

It would be recalled that a Bolgatanga High court quashed the Students’ Representative Council’s (SRC) elections of the C.K Tedam University of Technology and Applied Sciences conducted on 17th February 2022.

The court ordered the SRC Electoral Commission to conduct fresh elections for the said year. The C.K Tedam University of Technology and Applied Sciences (CKT-UTAS) was sued at the high court in Bolgatanga by one of its undergraduate students over the Students Representative Council’s (SRC) election results.

This was after, Alfred Asanti, went to court and sought 6 reliefs.

“A declaration that the election conducted on 17th February 2022 which resulted in the election of the third defendant as SRC president of CK Tedem University of Technology and Applied Sciences has been seriously marred by irregularities and therefore null and void.”

“A declaration that any purported swearing-in of the third defendant as SRC president as is being programmed by defendants to take place on Thursday 21st April 2022 is violated by a flawed electoral process and thus equally null and void. A declaration that the recommendation contained in the report of the Committee set up by the first defendant is implemented by conducting fresh elections for SRC.”

In accordance with the court’s ruling a fresh election was conducted.

In the re-run elections conducted on 15th August 2022 the rest of the three candidates who initially contested the SRC presidential slot including Awana Michael pulled out of the race.

Only two candidates, Alfred Asante and Najeeb Iddrisu stood for the SRC presidential position in the re-run elections conducted.

When Mr. Asante spoke after being declared SRC President-elect, he explained that he was overjoyed that justice had been done him.