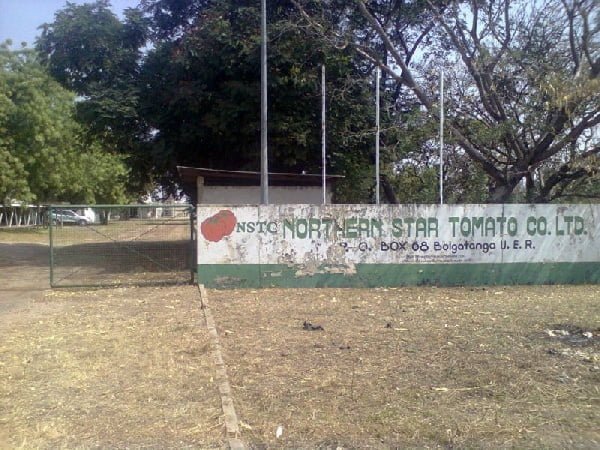 Ghanaians are being asked to hold the National Democratic Congress to account for the non-operationalization of the Northern Star Tomato Factory in Pwalugu 6 years after it lost the election.

This is because, after the precious NPP government left office, the NDC failed to put steps in place to operationalize the factory between 2009 and 2016.

Speaking on the Day Break Upper East Show on A1 Radio, a member of the NPP’s Upper East Regional Communication Team, Peter Azaare explained that while the NPP has been in power for close to 6 years, it would still be appropriate for the NDC to take the blame for the current state of the tomato processing factory in Pwalugu.

“Most of these factories would go a long way [to promote the consumption of the local commodities] and the government is doing that [constructing factories]. Some time ago in the Upper East Region, there were these factories. They included the tomato factory just in Pwalugu.”

“In Kuffuor’s time, we tried to revamp it. In 2007, 2008, they started production. The farmers liked selling their tomatoes to the factory. It was amazing and I do not know how come when the NPP lost power in the 2008 elections, I haven’t heard of the factory again.”

“Also, there was a meat factory but because of mismanagement, the factory went defunct. The rice mill at Yaregabiisi also had to go defunct during the PNDC/NDC era,” he said.

While admitting that the NPP has been in power for close to 6 years, Mr. Azaare explained that there are “processes in place to bring the factory to life.”

He recalled that during Rockson Bukari’s tenure as Upper East Regional Minister, some investors expressed interest in the factory.

It would be recalled that Friday, November 19, 2021, the Upper East Regional Director of Business Resource Centre (BRC), Michael Abogoro, speaking on A1 Radio’s Day Break Upper East Show explained that plans are far advanced to ensure the operationalization of the said factory this year.