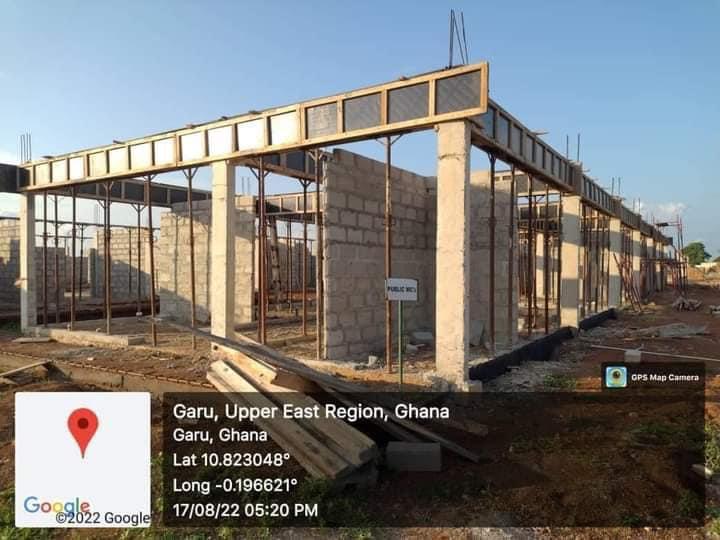 The Agenda 111 project in the Garu District is 50 percent complete. This is according to the DCE for the area, Osman Musah.

Speaking with Mark Kwasi Ahumah Smith on A1 Radio’s Break Upper East Show, Mr. Musah explained that the sub-structure and super-structure were complete. Partitioning of the facility with cement blocks was ongoing. Roofing was yet to begin.

All things being equal, the entire project could be finished in 8 months. This is according to the DCE.

“For Garu, the Agenda 111 project is taking shape. It is growing so fast. As of now, I can confidently tell you on authority that we have done about 50 percent of the construction. We would actually want to be part of the first list of the Agenda 111 hospitals to be commissioned in this country.”

“We have done 7 months now and we are at 50 percent. We have the sub-structure which is normally the most difficult to construct from the ground coming up. For the super-structure, we have the concrete pillars, we have the beams and all these are the hard-to-do ones. All of it has been completed.” 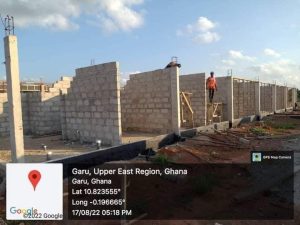 Mr. Musah heaped praises on the community for adopting the project and committing their resources to ensure its timely completion.

“The land of Garu is blessed with an understanding people. When the contractor reported to work, the chief of the area and my office; we were able to show the contractor the land. 28 acres of land that was given free of charge. The community too is well enthused about the project and are lending their support in varied ways; in terms of skilled labour and accommodating the people.”

Out of the 15 municipal and district assemblies in the region, 8 assemblies have been earmarked to benefit from the project. The areas are Builsa South District, Garu District, Tempane District, Pusiga District, Kassena-Nankana West District, Nabdam District, and Bolgatanga East District.