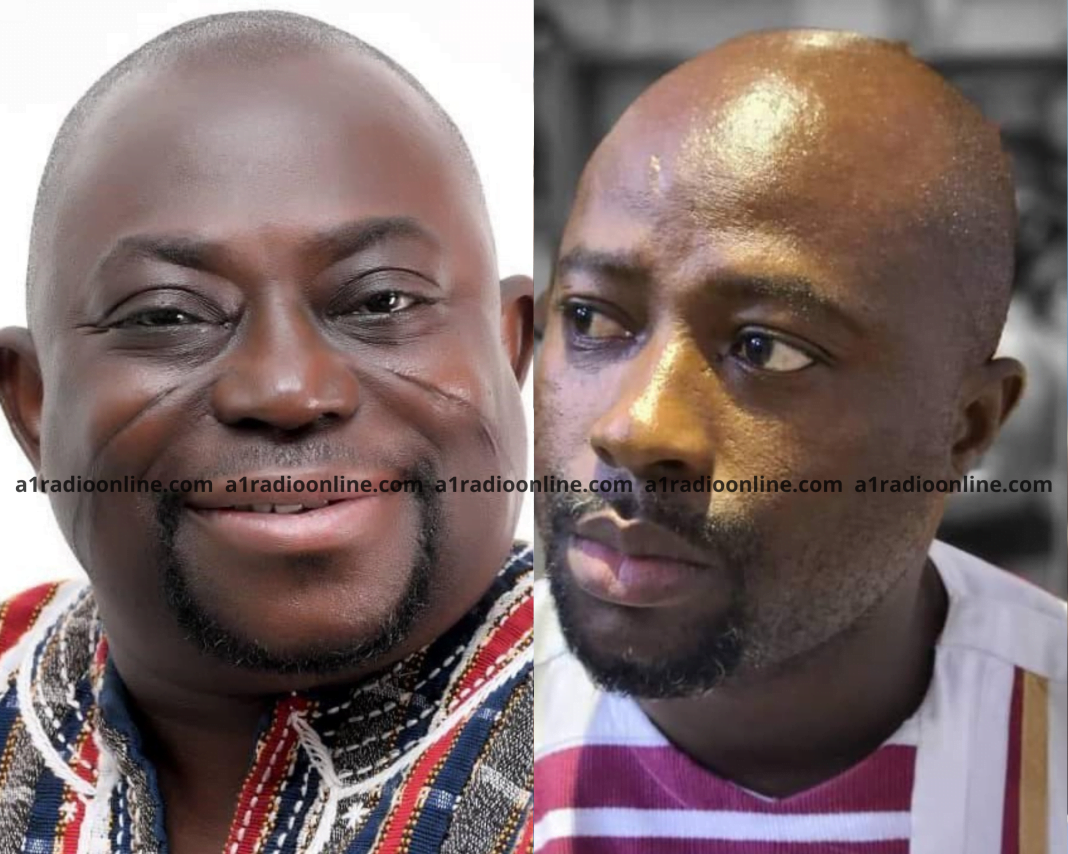 A member of the NPP, Wilson Dabuo has torn into the current Upper East Regional Communications Director for NPP, Peter Ayinbisa Ayamga.

In a post on his Facebook page, Mr. Dabuo, allegedly quoting the President, Nana Akuffo Addo identified Mr. Ayinbisa as the problem of the Bongo District. ]

Mr. Dabuo, in his own view, suggested that Mr. Ayinbisa is a problem for the region’s communication team.

Below is hs full write-up.

“You are the problem of Bongo,” were the President’s disapproving response to Peter Ayinbisa Ayamga, the embattled Regional Communications Director of the NPP Upper East Region. His greetings to the Present were repugnant and repulsive as the President could not pretend about his hide-and-seek games in the District.
At the President’s recent working visit to the Region, it was manifestly clear that the President was not happy with happenings in the Region and disappointingly, his facial expressions could not have been moderated at the sight of those who were deemed as the troublemakers in NPP in the Region.
One of such obviously was the perpetual self-seeking Peter Ayinbisa Ayamga. The President could not hide his bad feelings about Peter Ayinbisa Ayamga’s manoeuvres in the Bongo District and his extended criminality in the Region.
As though the President’s disappointments on him were not enough he sent some of the Bongo Constituency Executives under the leadership of the Constituency Chairman to meet with the Local Government Minister to discuss possibilities for the removal of the current Bongo DCE.
They were to tell the Minister that until the DCE was removed there was no way they, the Bongo Constituency Executives and Communicators could win the Bongo seat.
The Minister however was much smarter than the team who met him and they made a fool of themselves after a demonstrated defection of their intent.
Again, At a recent attempt to remove the DCE, sent an Executive Committee representation led by Peter Ayinbisa Ayamga himself to Accra to meet with the Vice President on account of plans to get rid of the Bongo DCE.
They have since returned without meeting with the Vice President after several days of negotiations to see him. They left shamelessly back to Bolgatanga [Upper East] Region.
The question I dare ask at this point is why is Peter Ayinbisa Ayamga so helpless and restless in the current DCE’s position? What is the DCE doing right that they don’t like?
The above notwithstanding, Peter Ayinbisa Ayamga has now become a new normal of problem in the Region’s Communication Team of the NPP. I have always maintained that as much as politics is business, when your work and sacrifices have gone unrecognized, were you an unaligned party fellow, would have been much ideal.
Some time ago, I wrote about the deteriorating plights of the NPP Upper East Region’s Communication team and was faced with denial and name-calling. I am happy however that things have relatively changed in spite of those cooked-up denials as party’s leadership saw the need to intervene.
The problem however seems to be resurfacing with Peter Ayinbisa Ayamga being put in charge. The starlings have soon begun.
From the grapevine, about two months ago, a number of phones were received in Accra by Peter Ayinbisa Ayamga for onward distribution to the Communicators of the Region. It is been long expected that the phones should have been given out by now but no one seems to have an idea of the phones’ whereabouts. Can Peter Ayinbisa Ayamga tell us all where these phones are and why the Communicators have not known about them all these days?
Lastly, it is trite knowledge that no striking union has ever been denied their monthly payments in this country no matter the longevity of the strike. In the case of the NPP Upper East Region’s Communication team, since they went on their sit-down strike to register their displeasure in the appointment of Peter Ayinbisa Ayamga as Director of Communications, they have been denied without a reason, their monthly stipends.
Can Peter Ayinbisa Ayamga tell us when the Communicators are to have their share of the ghc30,000 which is in his personal accounts? The money is their due and cannot be idled in your account while the Communicators are languishing in these hard times.