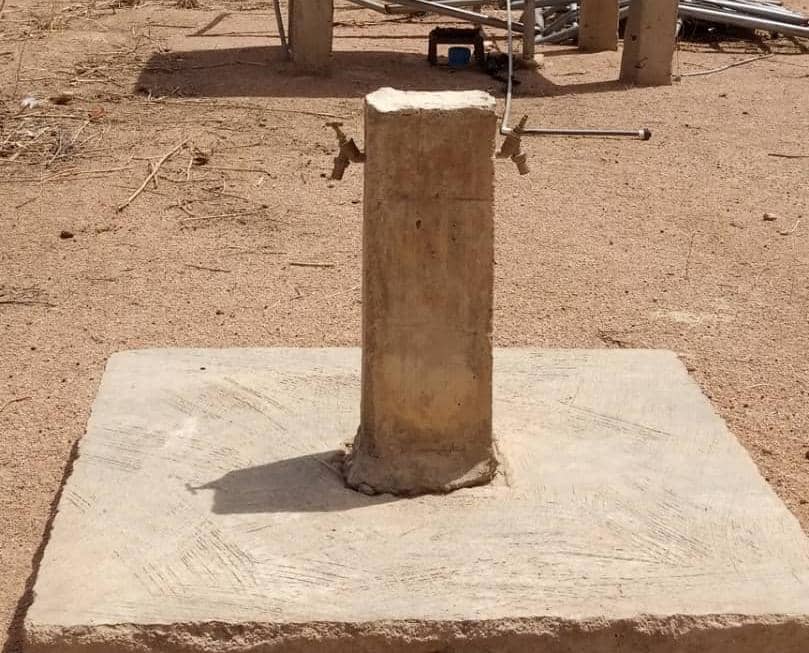 The Garu Small Town Water System is operational after going out of work for 8 months. Water production from the plants stalled for 8 months because of the breakdown of some vital machines.

A month into the assumption of his duties, DCE for the Garu District, Osman Musah ensured that the water system was brought back to life.

This means that residents who have subscribed to the water system have had water flowing through their pipes for some time now.

Speaking on the Day Break Upper East Show, Mr. Osman explained that because of the importance of water to the sustenance of life in the area, the water system’s predicament caught his attention immediately after assuming office.

“When I came to office, we had our town water system that had been defunct for 8 months. Within a month when I came into office, we were able to resolve that and since then, water has been running.”

“The machines were somehow obsolete and needed to be revamped. The system needed to be retooled. We did all that and so water has been flowing for the last 8 months. People’s houses are connected with water and we also have about 24 standpipes that are taking water from the town water system,” he said.

Meanwhile, in the area of education, the Garu District Assembly has supported the Education Directorate with 2 cars and 16 motorbikes.

“We have 5 zones that are having their supervisory arrangements and all of them have been properly resourced. Altogether, we have been able to resource them with 16 motorbikes to support supervision.”