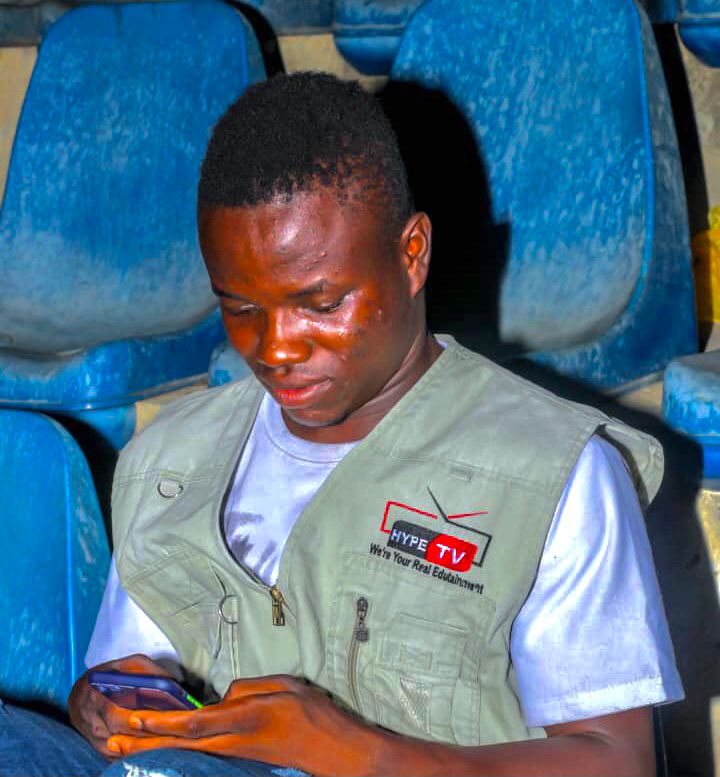 Ebenezer Akandurugo, a blogger from Bongo-Namoo has been awarded an honourary citation “for the great dedication to the arts and entertainment industry.”

The citation awarded to Mr. Akandurugo on August 26, at the Accra Metropolitan Assembly Snap Hall by the Management of the Premier DJ Awards continued to say, “you have been a great impact in the industry promoting, educating, discovering, and exposing talents.”

The Premier DJ Award’s citation was to honour Mr. Akandurugo for his “relentless effort and selfless sacrifice.” 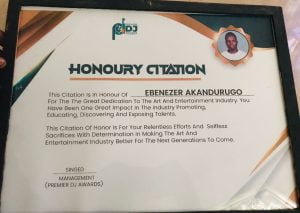 The honouree, for the past 2 years has been working with Tamale-based hypemediagh.com.

Speaking with A1 Radio’s Mark Kwasi Ahumah Smith, Mr. Akandurugo said he was introduced to blogging by ‘Dj Aluther’ and is mentored by ‘Is Hassan Dablee’ who is based in Tamale, the Northern Regional capital.

While the profession may not be as lucrative, Mr. Akandurugo explained that over the past few years, he’s been learning to perfect his craft and is hopeful that the investments would pay off.

He extolled the contribution of bloggers to the development of society.

“Bloggers supplement the work of our journalists. If you nurse the desire of selling your region and creatives out, you should consider doing it for the passion and the people around you because that is your own way of contributing to the development of the region.”

Quite recently, Mr. Akandurugo was unhappy that bloggers and journalists within the northern sector had done little to promote creatives within the space. He took the opportunity to explain his stance.

“Well, that comment was made with regard to most bloggers and media personnel especially, those in the entertainment industry always demanding money to push creatives even in a circumstance we can tell that an act is talented but doesn’t have the resources.”

“I have been privileged to work with most of the entertainment guys outside the region and I have seen the sacrifice most of them make for the betterment of the acts,” he said.

For other young bloggers and those interested in that line of work, Mr. Akandurugo said, “don’t try to plan everything out to the very last detail. I’m a big believer in just getting it out there: create a minimal viable product or website, launch it, and get feedback with perseverance and hard work.”