15 constituency executives of the New Patriotic Party (NPP) in Bongo have petitioned the Local Government Minister over the conduct of the Bongo District Chief Executive, Rita Atanga.

The executives are worried that the conduct of the DCE, which they say is fast causing disaffection among the rank and file of the party, if not addressed immediately could affect the party’s fortunes in the 2024 elections.

The petition sighted by A1 News among other things stated the DCEs decision to embark on a familiarization tour of some chiefs without involving the executives.

“Worse of it all are Traditional Areas, where Assembly Members who are members of our fraternity were not informed. Not even a call from the Constituency Chairman and Executives on her to at least involve Electoral Area Coordinators and Assemble Members sympathetic toward the NPP was heeded to.”

“The fact is that most of these revenue collectors are party executives across all levels in the constituency. Thus, replacing them will not only expose them to public ridicule, especially from the NDC stock but will demoralize them in fighting for the course of the Party,” the statement signed by the constituency Secretary, Anaane Johnson Ayikene said.

Efforts to get the DCE to respond proved futile as calls placed on her went on unanswered and messages sent to her were delivered without her responding.

Below is the full statement: 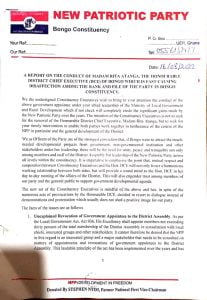 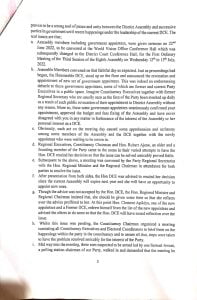 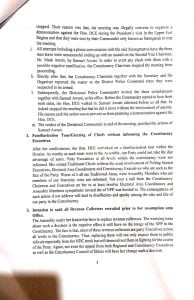 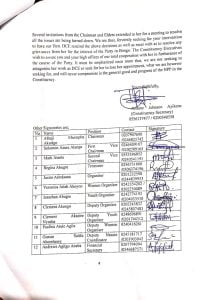 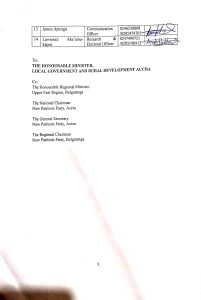