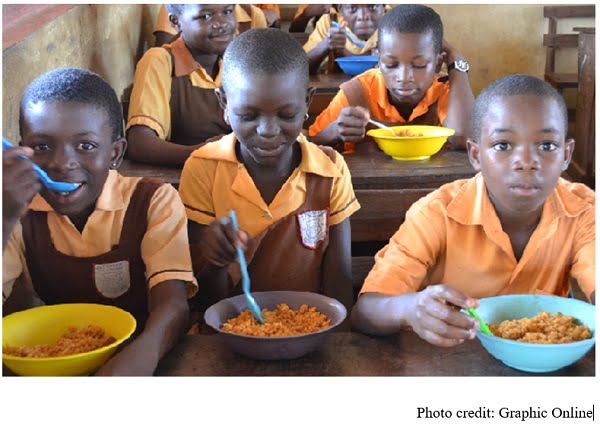 The District Chief Executive of Builsa South, Daniel Kwame Gariba has revealed that under his watch, the schools within his district that are captured under the Ghana School Feeding Programme have moved from 10 to 31.

Due to the expansion of the programme in the area, enrolment numbers have increased.

“Before I came, we have 10 schools that were feeding. As we speak, there are 31 schools. That also helped a lot. You would notice the numbers have gone up. Today, I can say you will have men picking up their children either on a bicycle or motorbike and taking them to school. This used not to be the case.”

“That is what the President is doing; to ensure that no child is left out of school. It is also the reason he brought this Free SHS policy.”

To contain the growing enrolment numbers, the District Assembly is expanding the existing infrastructure and procuring more desks.

Earlier, Mr. Gariba said Ghanaians would need to help to ameliorate the current situation of the country in relation to food prices in the country.

“We understand that globally the situation is not comfortable but it will take us as Ghanaians to help ameliorate the situation.”

According to him, some traders purchase certain commodities at lower prices but retail them at exorbitant prices to the ordinary Ghanaian for higher profits. He admitted that though there was a global influence on the current situation in the country, some attitudinal traits of some Ghanaian traders need change to help soften the system.