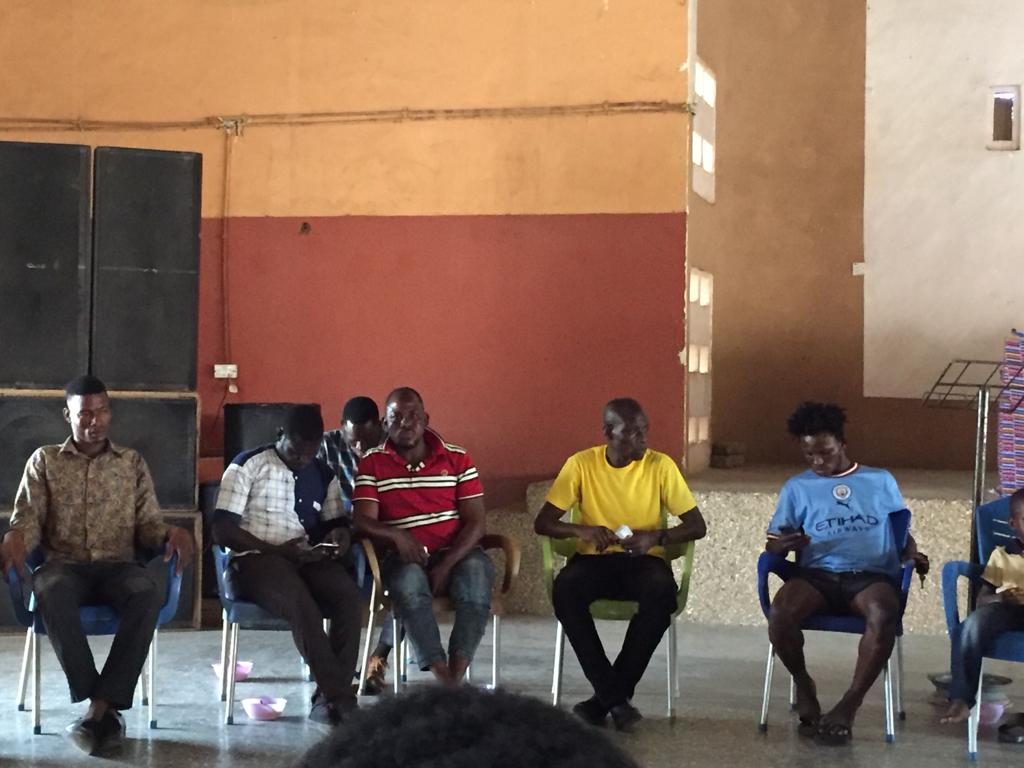 Zorkor United Sporting Club, have held a get-together for the players and management for qualifying for the Upper East Regional Division Two League.

The team popularly Known as “The Prestigious” was formed in the year 2017 and participated in their first League in the Bongo District in the 2020/2021 season but failed to qualify by losing to Samba stars on Penalties.

The team never gave up on their ambitions of qualifying to the division two league and finally, in the 2021/2022 season, they were able to break through to qualify to the Upper East Regional Division two League ahead of Hassan FC which finished second in their zone.

Speaking at the grounds of the get-together organized on Saturday 3rd September, 2022 at the Catholic Social Center, The President of Zorkor United Sporting Club, the Bongo District Football Association Chairman and Executive Council Member George A-enbenge Afari, welcomed and thanked all and sundry for availing themselves for the occasion.

Mr. Afari however urged all the players to continue to work hard and be disciplined, committed and dedicated to the vision of the team. He appreciated the loyalty and determination demonstrated by the management and the players for how far they have grown together.

Mr. Afari said, “I formed this team to create the platform for you the players, so you have to take your personal training serious and listen to your coaches. When the chance comes for one to move on why not? We have a player by the name Elijah Kwarah who has joined premier league side Accra Lions.”

He disclosed that he nearly gave up on making sure this team stays up Mr. Afari credited his wife Madam Vida Alnaa Afari for the encouragement.

Mr. Afari thanked Coach Fatawu Salifu for creating the platform for him to develop a love for football administration. He stated that “even though I have spent a lot on this team without getting anything in return yet, I still believe that we can make it big one day.”

A management team member, Martin Akamzagse advised the players not to involve themselves in alcoholism and drugs saying it will kill their careers. He thanked the players for their continued stay with the club from 2017 to date.

The Head Coach Of Zorkor Liberty Queens, Adam Bushira thanked Mr. Afari for the trust given her to become a coach and also thanked the players for their cooperation.

The team captain, Samuel Apaliya speaking on behalf of his colleagues thanked Mr. Afari and the management team for providing the platform for them to showcase their talents, and urged them to keep believing in them to deliver.

Ahead of the said get-together, the team was involved in a triangular preseason friendlies where Zorkor United beat Black Arrows FC by 2-1 at the Mobil Astro Turf field and lost 1-2 to Bolga Fc at the St John’s park.

The gathering saw the attendance of some big brains in the football industry to also share with the entire team their experience in the football business which included Coach Ayine Nicholas Ayidah, the president of Soccer Masters who doubles as the Administrative Secretary of the Upper East Regional Football Association, Atanga David Agana Chief Executive Officer(CEO) of Bolga FC and Yussif Kadir, the Referees Appointment Committee Chairman.