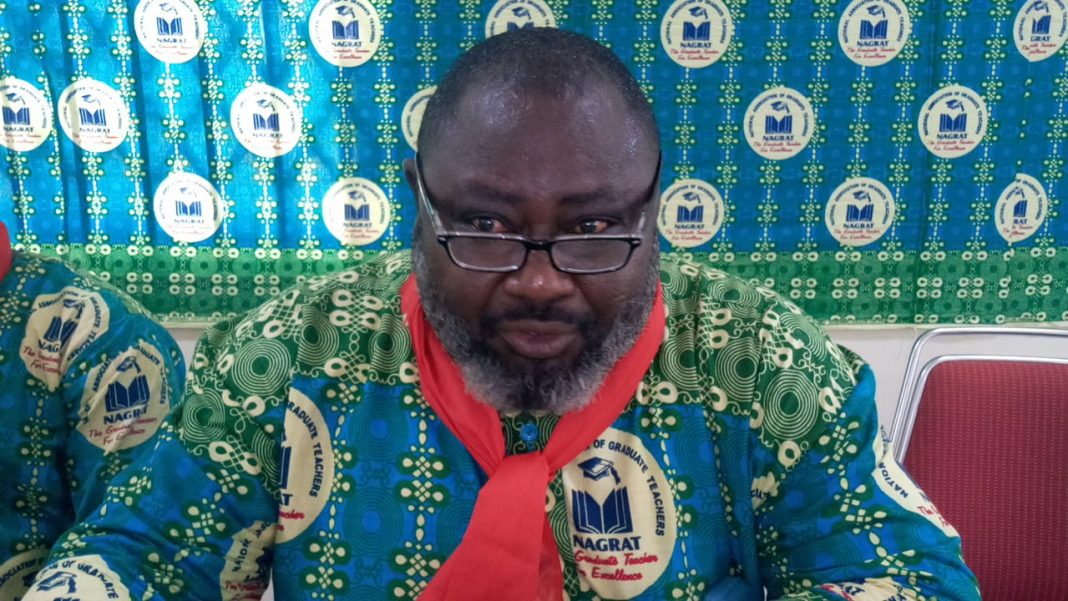 John Akunzebe, the Upper East Regional Chairman of the National Association of Graduate Teachers (NAGRAT), has commended the NPP government for quickening the promotion process of teachers with the Ghana Education Service (GES).

It would be recalled that in the run-up to the 2020 general election, the NPP, through the 2020 Manifesto, promised to “ensure teachers who upgrade their qualifications and skills are promoted promptly and their salary increases take immediate effect.”

The manifesto also continued to say, “previously, teachers who upgraded their qualifications and skills were not recognised and promoted on time. There were several years of bureaucratic delays. Due to our reforms, now: the waiting period before the promotion of teachers who upgrade their qualifications and skills is now halved to 2 years. The waiting period for all others is 4 Years.”

“The situation is better. I am not a politician. I am speaking as a unionist. The government of the day has done very well as far as the promotion of teachers is concerned. Two times during the year, promotions were done. As I speak, the results are out.”