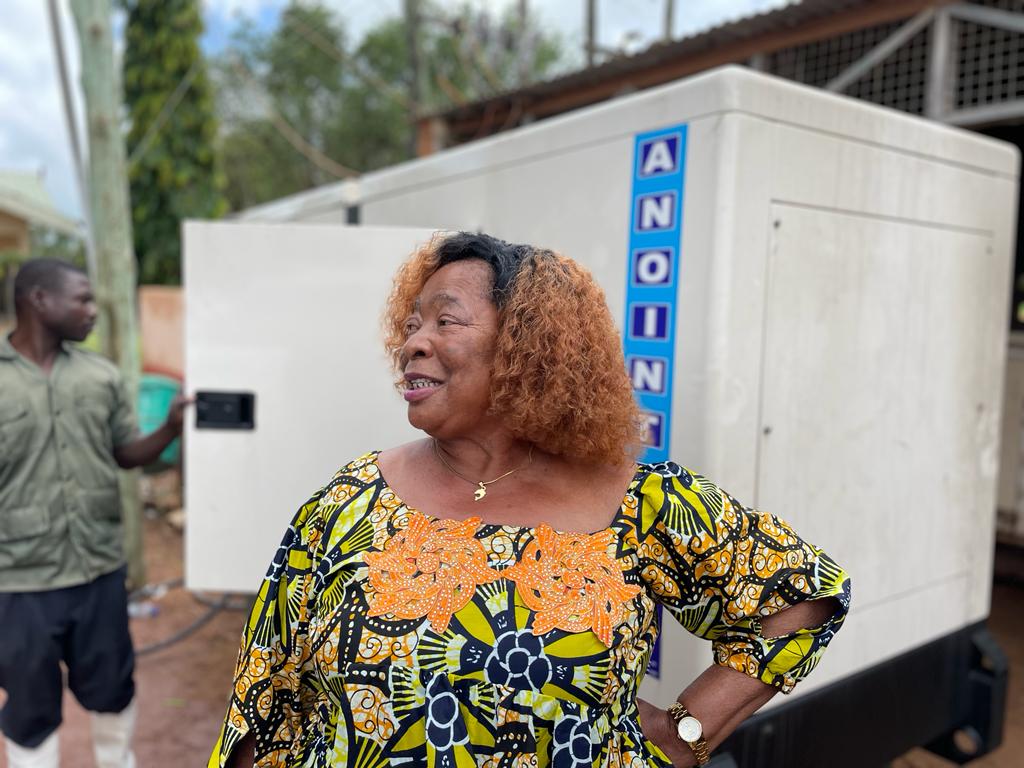 The Builsa North Municipal Chief Executive, Vida Akantariwen Anaab, on Tuesday, presented a 150KVA power plant to the Sandema Hospital as part of efforts to ensure effective health delivery in the municipality and beyond.

The Sandema hospital which serves as a referral centre for patients from Manpurugu Mogduri, Yagaba, Kubori, Fumbisi, and the Kassena- Nankana areas has had to rely on a plant procured several decades ago which frequently broke down and interrupted service delivery, especially with the erratic power supply in the municipality.

At a brief handing-over ceremony held at the hospital premises, Madam Vida Akantariwen Anaab noted that the donation of the power plant has become necessary due to the peculiar problem faced by the hospital with regard to electricity. 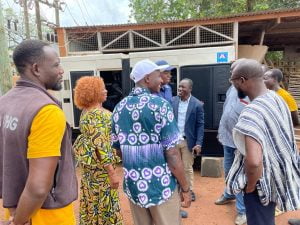 “We all know the peculiar problem with regards to electricity in the municipality. We had a power plant on standby but unfortunately, it got damaged and when it was working it could not absorb all the load of the hospital or total capacity of the hospital”, she said.

The MCE expressed sincere gratitude to Stephen Nasam and Ghana Gas Company Limited for coming to the aid of the Hospital.

“We lost so many lives due to the lack of a standby plant at the hospital and I’m very happy today that I am here to present a brand-new power plant to the hospital to be used when there is a power outage.” 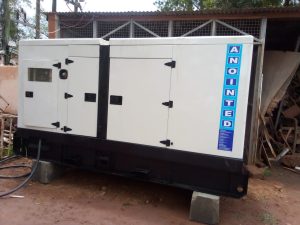 She added that a contract was awarded for the procurement of a 200KVA power plant valued at GH¢192,000 “but due to the urgent need for a power plant at the facility, the company, that is, Anointed Power Electricals deemed it necessary to for the meantime bring the 150KVA plant as we await the 200KVA plant which is still on the high seas.”

The MCE urged the hospital management to work on the old faulty power plant to be used at the hospital mortuary with installed air conditioners for the preservation of dead bodies in the meantime.

“I am working tirelessly to get a refrigerator for the hospital mortuary facility”, she assured.

The Hospital’s Accountant, Gariba Sulemana Danyi thanked the MCE and Ghana Gas Company Limited for coming to the aid of the hospital saying “the days when power outages grind running of the facility to a halt are over because the facility has migrated from the manual information management system onto the Lightwave Health Information Management System (LHIMS), a computerized system of service delivery, which needs a constant power supply to operate.”

He added that, with a constant power supply at the facility, patients’ waiting time would be drastically reduced.

Mr. Danyi seized the opportunity to appeal to the MCE to support the facility to set up an ICU and an Emergency unit to help care for clients who need intensive care. He dropped the hint that an internal medicine specialist has expressed particular interest in leveraging the establishment of an Emergency Unit at the facility to be used as a learning centre for students pursuing courses in internal medicine.

He also appealed to the MCE to help address the high incidence of mental health cases in the municipality as the situation is becoming worrisome due to the increasing use of illicit drugs among the youth of the area. He added that the hospital is currently grappling with medications to manage mentally ill patients who visit the facility, as the facility often runs out of medications to cater to them because their drugs are mostly program drugs.