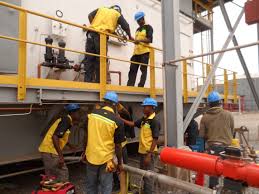 Labour Consultant Austin Gamey is worried that the media in Ghana is not probing and asking government officials valid questions about statements made about the number of jobs the government has created so far. He spoke on the Day Break Upper East Show on A1Radio.

“The greatest fear I have is the inability of those of you in the media to probe and ask very valid questions to people who make assertions like this type, that’s what hurts me a lot more even than the question you’re asking now. My fear is what kind of job are we talking about? Are we talking about formal jobs or informal jobs? How many of such jobs in reference are governmental kind of jobs?”

The government claims that it has created 5,306,899 jobs between 2017 and 2021even though unemployment continues to be a major issue in the country.

Mr. Gamey asserted that the government’s jobs creation figure may be problematic and cannot be true.

“The 5.3 million may be a bit problematic and that is the reason why I started by asking where is the media in this case because places that I have gone, then studied some of these things they’ll never leave you alone. This will be the issue on the front burner of the media not Aisha Huang.”

According to him, Ghana has not taken records of some of these things as much as it should.