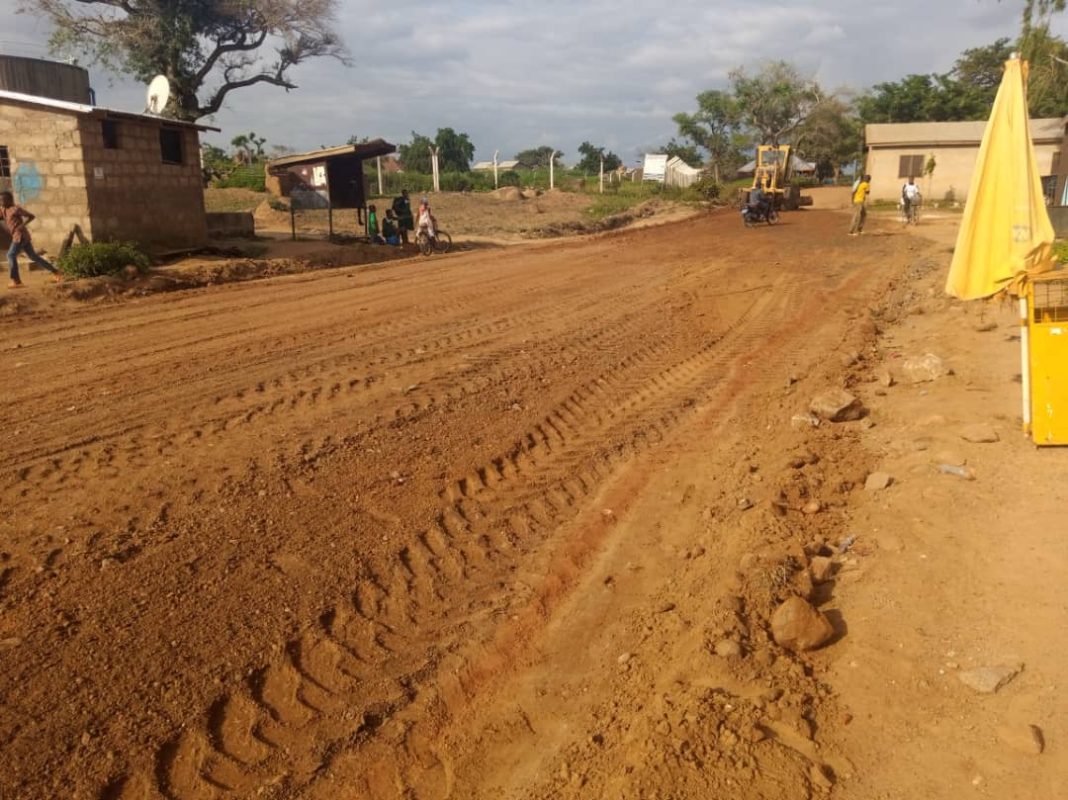 Residents who live within the Tindonmolgo-Pobaga Electoral Area are deeply concerned about the delay in constructing the road that links Tindonmolgo to Dorongo. While the contractor remains on the stretch of road, his progress leaves much to be desired.

The Assemblyman for the area, Emmanuel Nsobila Ayamga spoke on behalf of the residents on A1 Radio’s Day Break Upper East Show.

According to Mr. Ayamga, the contractor has always maintained that he is unable to quickly finish the road because of the lack of funds.

“Anytime at all I get in touch with the contractor, what he tells me is that he has raised certificates but the government has not been able to pay him. Because of that, he is not having the financial muscle to expedite [action on the road].”

The Assemblyman continued to say that an even bigger problem is the lack of covers for the drains constructed.

“The people are also saying [to the contractor] that the drains you have constructed, put slabs on them so that it will ease the pressure. The youth can cross without the slabs but the elderly also need to use the road [but they can’t]. That has not been easy. [The contractor] will tell me to get in touch with the Urban Roads Director. The Urban Roads Director would tell me that road construction is not done overnight.”

The Assemblyman appealed to the government to pay the contractor so that work on the road would be finish quickly.